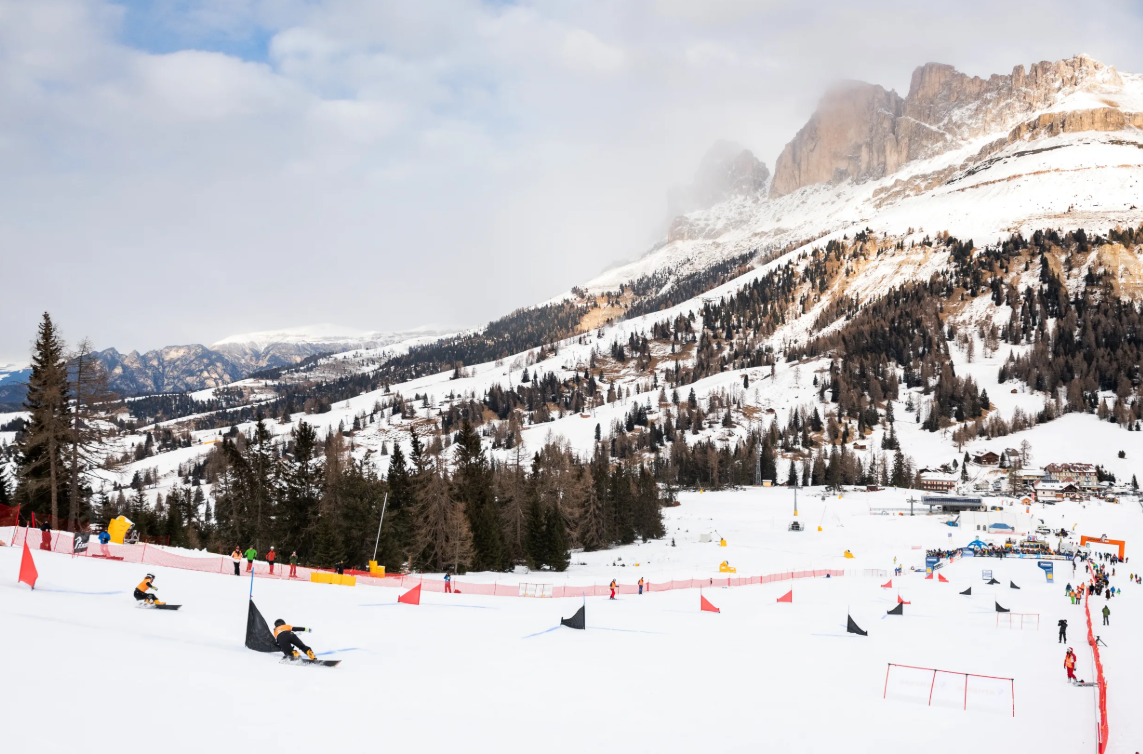 There was huge disappointment for Italian snowboarding fans, with the third leg of the International Ski Federation Parallel Snowboard World Cup circuit in Carezza called off.

Bad conditions on the slope led organisers to the decision at the last giant slalom competition of the year.

Some competitors managed to get slope-time, with Julie Zogg, who won the slalom in Lake Bannoye, of Switzerland beating Austria’s Jemima Juritz in the women's qualifiers.

Ladina Jenny of Switzerland also defeated Carolin Langenhorst in a thrilling contest to make the quarter-finals, but her efforts were in vain.

Perhaps a major catalyst was the race between Slovenia's Tim Mastnak and Russia's Dmitriy Karlagachev.

Unseasonably warm temperatures in Carezza today turned the PGS course into one bumpy ride. Unfortunately, despite the best efforts of organizers, the deterioration of the course meant that the jury was forced to call off the event...

From the opening seconds, Karlagachev was struggling to keep his balance, before eventually enduring a nasty flip which ended his race.

Italy's Roland Fischnaller had been seeking three victories in a row at his home venue of Carezza.

In the women's events, Germany's Ramona Theresia Hofmeister was also seeking a third giant slalom victory in a row.

The competition now resumes next year in Lackenhof, Austria, from January 5-6.