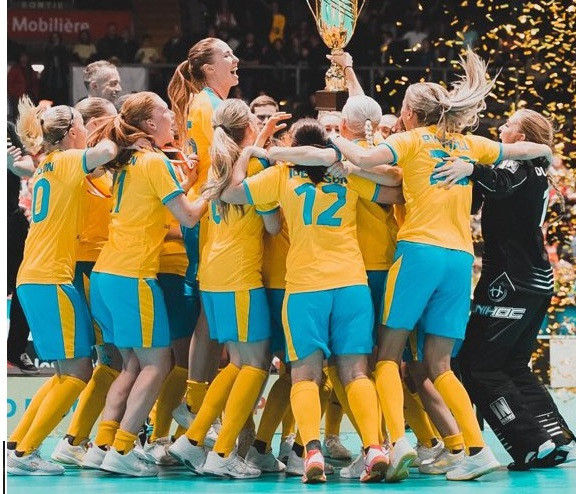 Sweden continued their dominance of the Women's World Floorball Championships by clinching a seventh successive title in the Swiss town of Neuchâtel.

Sweden came up against Switzerland in the final, which went to overtime after finishing 2-2 at the end of normal time at the Patinoires du Littoral.

It was Switzerland who scored first through Margrit Scheidegger, before Sweden drew level after a Seraina Ulber own goal.

In the second period, Moa Gustafsson put Sweden 2-1 up, with Corin Rüttimann equalising for Switzerland in the third period to become the leading World Championship goalscorer.

The bronze-medal match also went to overtime as Finland edged past the Czech Republic 5-4 after Veera Kauppi scored the golden goal.

Her sister, Oona Kauppi, was named the most valuable player at the conclusion of the tournament.

Poland eased to fifth place with a 8-4 victory against Slovakia, while Germany narrowly defeated Latvia 4-3 to take seventh place.