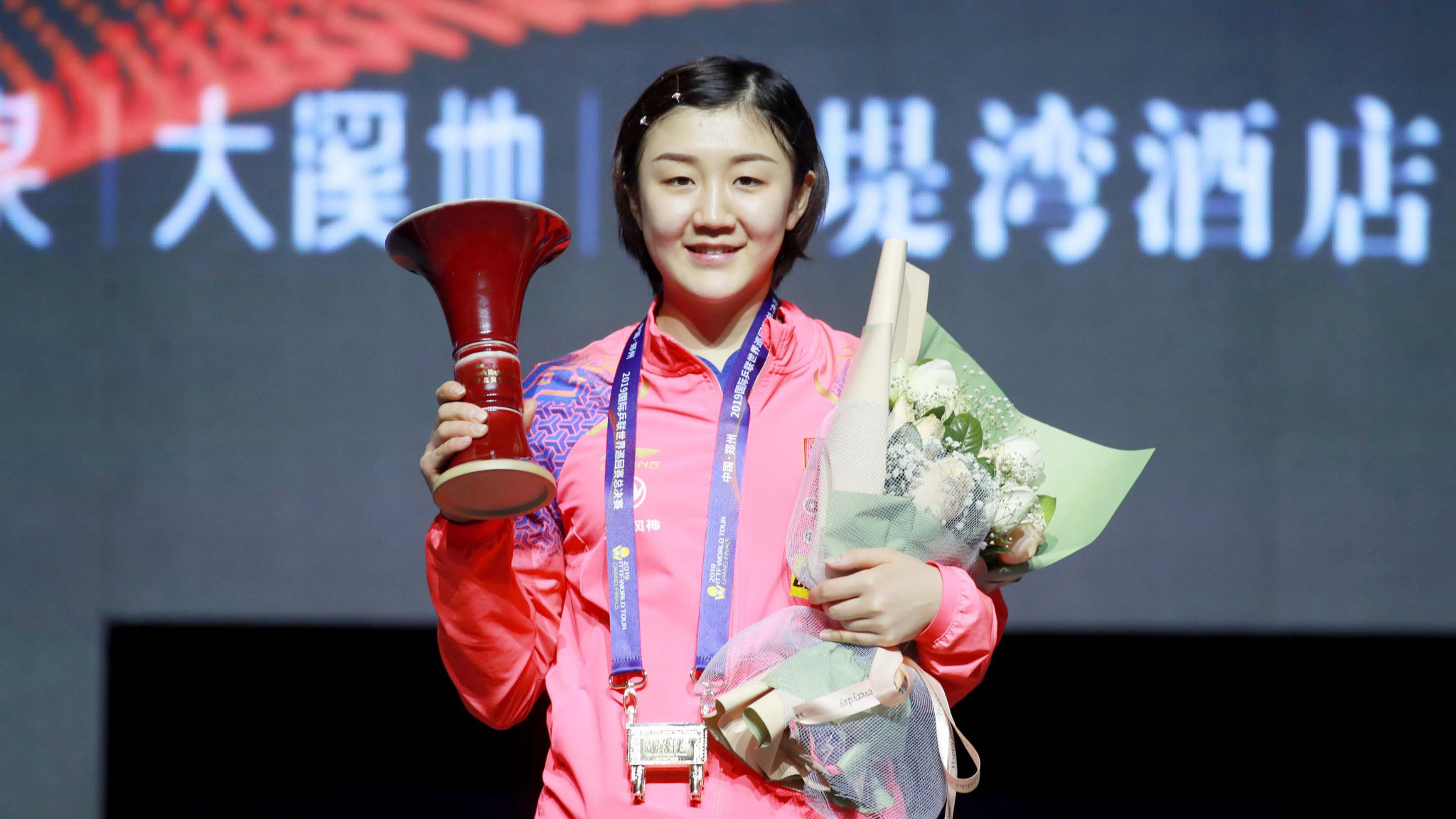 Victory for the 25-year-old, a three-time world team champion, ensured she will finish the year as the world number one.

The world number one's win saw him regain the title he last claimed back in 2017.

WORLD-CLASS performance to defeat Ma Long 4-1 in the final 👏👏👏 pic.twitter.com/OjsumPAgb5

"It is never easy to play against Ma Long," said Fan.

"He showed and played at a very high level yesterday.

"I just focused on myself and played very patiently.

"As you know, I have experienced a lot of ups and downs this year.

"I learnt a lot lesson from this period and I hope I can turn these lessons to my fortune."