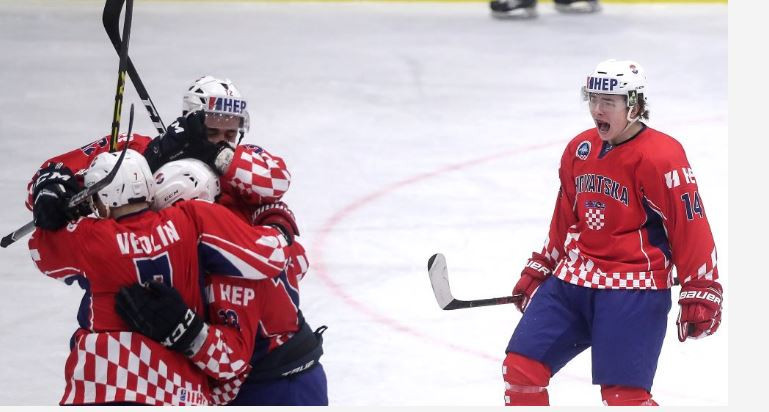 Hosts Croatia edged through to the third round of the International Ice Hockey Federation’s pre-qualifying for the Beijing 2022 Games as they beat Serbia 2-1 in the final Group M match in Sisak.

After Tadija Miric gave Croatia the lead six minutes into the first period, and Mirok Dumic had equalised in the final minute of the second quarter, the match was decided late on as Luka Mikulic put Croatia back ahead.

“The goal was but a moment in the game," said Mikulic.

"It’s a nice feeling. It was a tough game but we were better.”

Serbia had won its only official men’s national team game against Croatia  last April when it hosted the 2019 IIHF Ice Hockey World Championship Division II Group A on home ice in Belgrade.

The Serbs earned the tournament win and promotion back then.

Tonight the Croats balanced that loss by winning on home ice and advancing in the Olympic Qualification campaign.

Turkey had finished with a win in Group M, beating Bulgaria 4-1.

Croatia were joined in the third round by another host team, Romania, who won their final Group K match against Iceland.

Croatia🇭🇷 celebrates, and Croatia sings its anthem proud as @CRO_Hockey is in the Olympic Qualification's next round after the 2-1 win over Serbia!

Iceland, like Romania, had won both their opening games, but the final match in the Brasov Arena proved brutally decisive as the hosts won 10-1.

In the earlier Group K match, Israel beat Kyrgyzstan, who had qualified from the first round, 5-4 in overtime.

Israel’s Itay Mostovoy made the score 4-4 with just over a minute remaining in normal time.

The winning goal came from Itay Vaitz, three and a half minutes into overtime.

The key group in Group L was the meeting between hosts Spain and the Netherlands at Barcelona’s Palau de Gel.

But after the first third finished with the teams level at 0-0, further play was held up with an apparent problem with the quality of the ice near one of the goals.

The Olympic Qualification Preliminary Round 2 Group L in Barcelona could not be finished due to ice issues in the deciding game Netherlands-Spain. A decision will be deferred pending further discussions. https://t.co/Dq557NfckV

Chinese Taipei, the other first round qualifiers, ended their Group L campaign with a win as they beat Mexico 7-1.

The three group winners will proceed to Olympic pre-qualification round three, due to take place from February 6 to 9.

The three qualifiers for Beijing 2022 will be determined in the final Olympic qualification round, scheduled to be held from August 27 to 30.

They will complete the line-up for the 12-team tournament that will also feature the top-eight nations of the 2019 International Ice Hockey Federation men’s world ranking and hosts China.