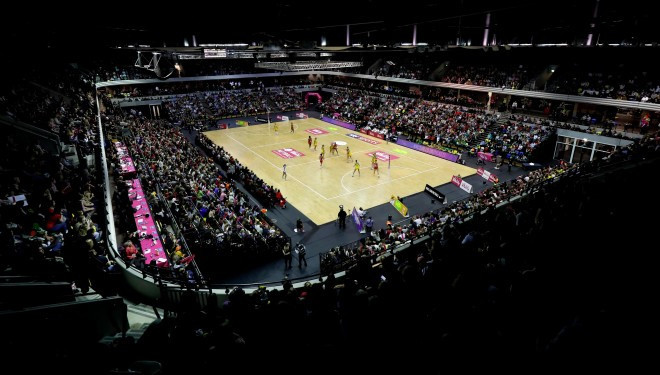 Having successfully hosted the Netball World Cup in Liverpool from July 12 to 21, England Netball have revealed three days of the inaugural Netball Nations Cup have sold out.

More than 21,000 tickets have been sold for Nottingham and London, with only tickets for England's clash with South Africa in Birmingham remaining.

Excluding the World Cup, the Nations Cup is now the fastest and best-selling event in England Netball’s history.

Fans snapped up more tickets on the first day of sales than for the whole 2019 Netball Quad Series in January, which sold 11,500 tickets in total.

"It is wonderful to see the netball family and those with a new found interest in the sport getting behind the Vitality Roses," said England head coach Jess Thirlby.

"These incredible athletes inspired a nation when they claimed gold at the Commonwealth Games and when they stepped out to a sea of red and white in Liverpool during the Netball World Cup.

"Their ability to capture the hearts of the country is made clear by the phenomenal rate at which these tickets sold and the demand that there has been for them."

In addition, 95 per cent of tickets for the Netball Superleague season-opener at Arena Birmingham on February 22 have been sold.

This is an increase of 53 per cent on tickets sold last year for the event, which is set to see all 10 teams come together to kick start the season.

"It is absolutely clear that success at an elite level drives growth across many aspects of the sport and it’s hugely reassuring to see the successes of the Vitality Roses now filtering down to positively impact our domestic ticket buying audiences within the Vitality Netball Superleague," said England Netball chief executive Fran Connolly.

"To capitalise on this success we are focusing a lot of our efforts on supporting and growing the Vitality Netball Superleague, which sits just below the international level of the sport.

"We want this to be the best women’s league in the country and to get more people engaged with the competition."