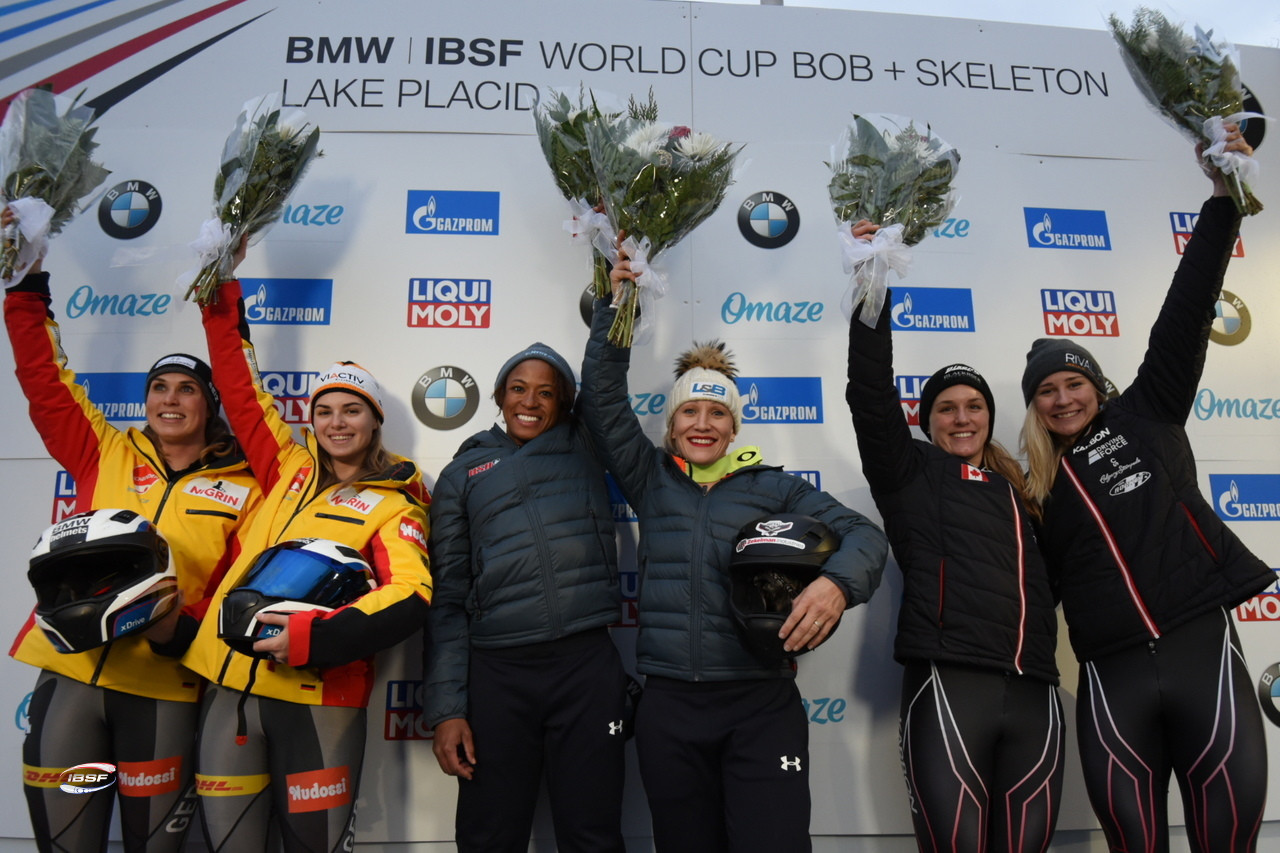 Kaillie Humphries continued her strong start to her career representing the United States as she claimed her second consecutive victory in the two-woman event at the International Bobsleigh and Skeleton Federation World Cup in Lake Placid.

Victory saw Humphries, who filed harrassment complaints against Bobsleigh Canada Skeleton last year and was given leave in September to compete for the new country of her choice, maintain her superb start to the season.

The 34-year-old won the season opener at the same track last week and has already opened up a 40-point lead at the top of the overall standings.

The Canadian quartet completed their two runs in a combined 1:49.50 to edge out the Latvian crew, led by Oskars Kibermanis.

Latvia were second, 0.39 behind, while the bronze medal was claimed by Austria.

The second four-man competition will be held when the event concludes tomorrow.