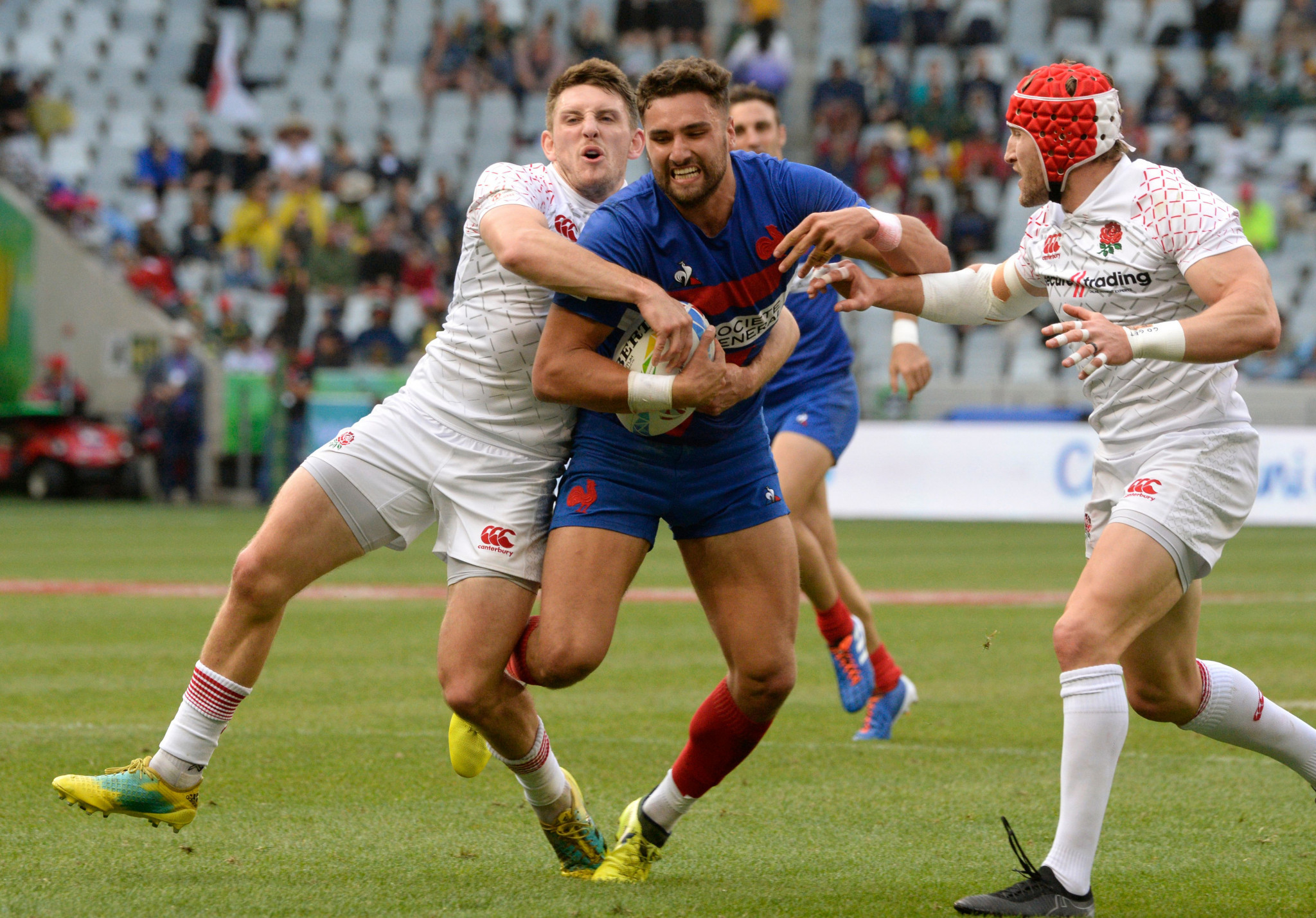 England and Australia both failed to make the quarter-finals of the World Rugby Sevens Series in Cape Town.

It's the second edition of the competition following Dubai last weekend, where Australia qualified for the last eight and England lost a tight semi-final contest to New Zealand, 19-12.

However, it was a tough day at Cape Town Stadium for both sides, with England desperately trying to recover from a stunning 26-24 loss to Scotland yesterday.

They started well, comfortably defeating Spain 33-7, but were later stunned by France in their final Pool C game, defeated 33-12.

The manner of the result was a major surprise, considering England defeated France 19-12 in the Dubai quarter-finals.

France also beat Scotland 24-19 to qualify for the last eight, while the Scots edged Spain 22-19 in a thrilling encounter to make the quarter-finals.

Australia's woeful competition was compounded by a 12-7 Pool D defeat to Kenya, having lost 26-21 to Ireland yesterday.

A 24-14 victory over Samoa was of little consolation, as Ireland finished first in the group, with Kenya second.

The sides couldn't even be separated in group play, after a 24-all draw.

Pool B was more straightforward, as New Zealand followed up yesterday's 43-7 drubbing of Wales with a 33-5 victory over Canada.

They finished off pool play with a 19-14 win over runners-up Argentina.

The South Americans had earlier defeated Wales 45-0, while Canada also beat the Welsh, 17-14, in the dead rubber.

The final matches of the day saw the Blitzboks continue their outstanding form in Pool A.

Having won in Dubai, and with fervent home support, South Africa were too strong for Fiji, 26-14, in their first game of the day.

The day's action concluded with an action-packed encounter, as the hosts proved too quick and too strong for the United States, 21-15.

Fiji battered Japan 54-7 to ensure they made the quarter-finals.

The last eight line-up sees South Africa play Kenya, while France face Argentina in the top half of the draw.

Ireland play Fiji and New Zealand are up against surprise package Scotland to decide who makes the semi-finals and finals, all taking place tomorrow.