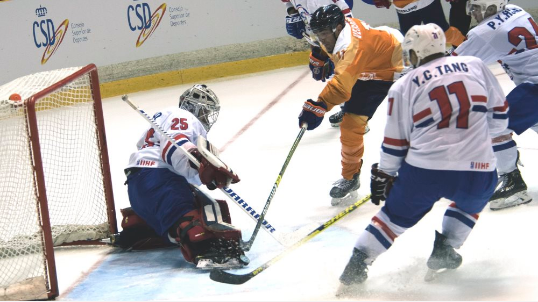 The Netherlands thrashed Chinese Taipei today to make it two wins out of two in Group L of the Olympic ice hockey pre-qualification round two event in Barcelona.

The Dutch followed up their 17-1 win over Mexico yesterday by claiming a 14-1 victory at the FC Barcelona Palau De Gel.

Joining them on six points are hosts Spain, who beat Mexico 15-1 today.

Tomorrow's match between The Netherlands and Spain is set to decide the winner of Group L.

In Group M, Serbia maintained their 100 per cent record with a 7-0 win over Bulgaria at Zibel Arena in Sisak.

Croatia are due to face Serbia tomorrow to determine the winner of Group M.

Also concluding tomorrow will be Group K in Brasov and is made up of hosts Romania, Iceland, Israel and Kyrgyzstan.

Romania and Iceland will battle it out for the right to top the standings having each won their two games so far.

The three group winners will proceed to Olympic pre-qualification round three, due to take place from February 6 to 9.

The three qualifiers for Beijing 2022 will be determined in the final Olympic qualification round, scheduled to be held from August 27 to 30.

They will complete the line-up for the 12-team tournament that will also feature the top-eight nations of the 2019 International Ice Hockey Federation men’s world ranking and hosts China.