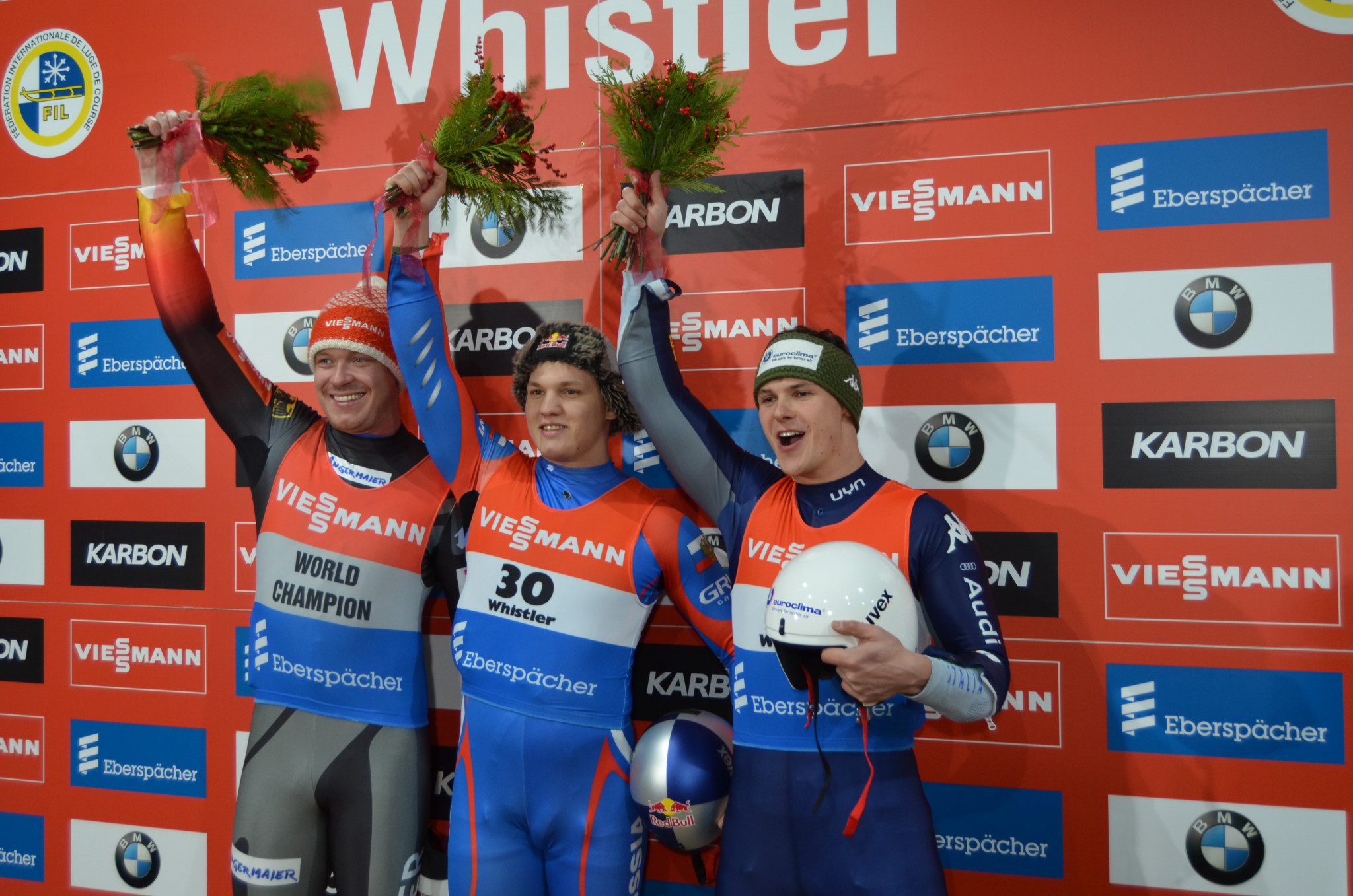 "Now I only need to win in Calgary and I will have won a World Cup on all North American tracks," Repilov said.

"My performances weren't always very stable, but they have got better.

"I am now sliding much more consistently.

"And a huge thank you to the track workers - that was the best ice of the season so far."

A second-place finish for Loch, who has won six World Championship singles gold medals to match Italy's Armin Zöggeler, secured him his first podium finish of the winter.

Third place went to Italy's Dominik Fischnaller, who was 0.171 seconds behind.

Germany's Johannes Ludwig, who held the lead after the first run, dropped back to fourth place in the second round.

Austria's Jonas Müller finished 10th in his first race on the Vancouver 2010 Olympic track and dropped to second in the overall standings behind Repilov, who leads the way with 345 points.

Müller has 306 points and is followed by Fischnaller with 265.

"I wanted to redeem myself here in Whistler.

"I was aiming to be as fast on my second run as on the first - and I did it."

Her previous best result was seventh at the season opener in Innsbruck last month.

Last season's FIL World Cup runner-up has 330 points, with Ivanova second on 297 and the United States' Summer Britcher, who finished last of the 28 competitors today, third on 243.