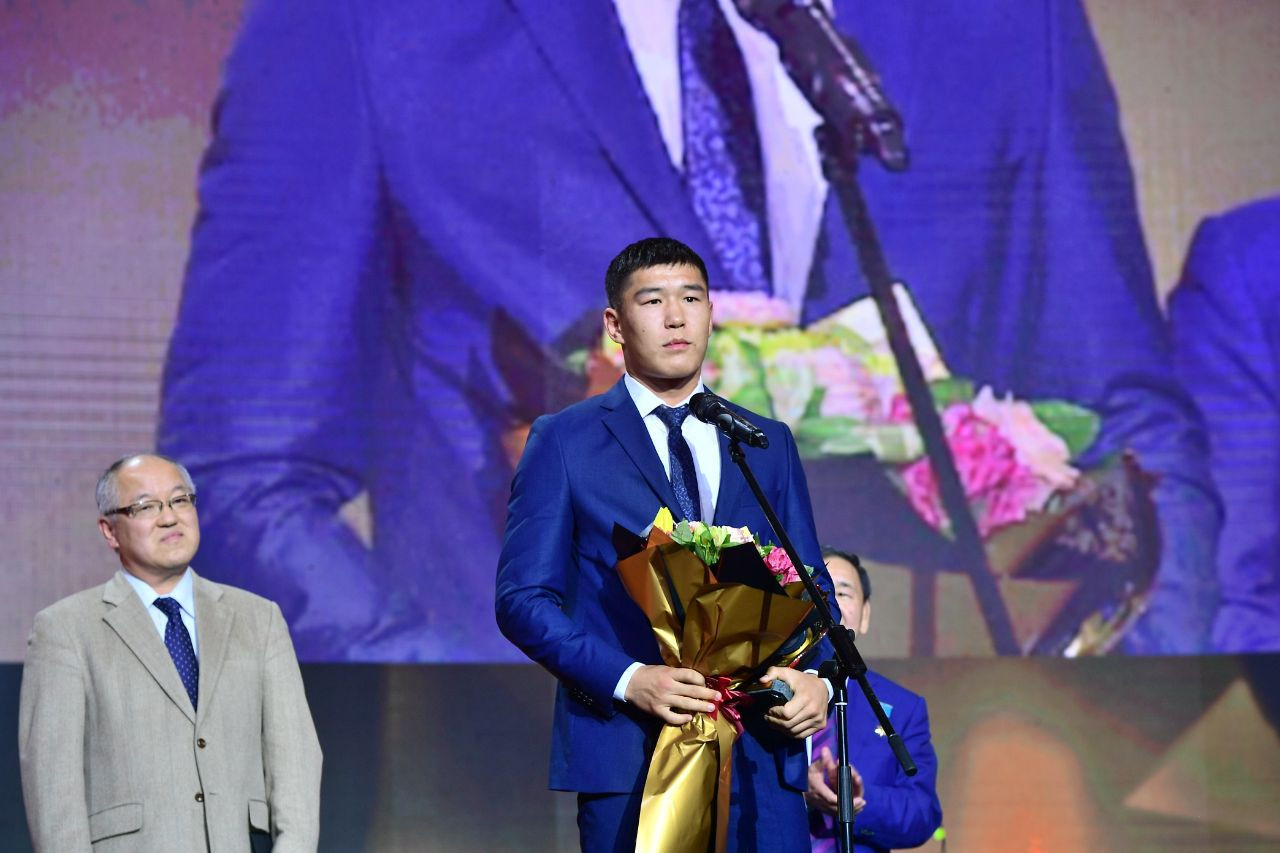 Bekzad Nurdauletov and Elizabet Tursynbayeva received Athlete of the Year awards from the Kazakhstan National Olympic Committee at their annual award ceremony.

The ceremony took place at Central Concert Hall in Nur-Sultan, with the country's leading athletes, public figures and fans all in attendance.

Nurdauletov was named Summer Athlete of the Year, having won the men's light heavyweight category at the Boxing World Championships in Yekaterinburg.

On his way to the final, he overcame Rio 2016 Olympic gold medallist and four-time world champion Julio César La Cruz of Cuba.

Figure skater Tursynbayeva then claimed the Winter Athlete of the Year accolade, taking silver at the World Figure Skating Championships in Saitama in Japan at just 16-years-old.

Abilmansur Batyrgali, a prize-winner at the Junior Karate Championships in Chile, was named Best Young Athlete.

The men's national ice hockey team, promoted to the top division of the Ice Hockey World Championship, was named Team of the Year.

Nurlan Dombai received the Best Paralympic Athlete accolade, having claimed gold in the under-75 kilogram category at the World Para-taekwondo Championships to become a double world champion.

Alla Vazhenina was presented with the gold medal from the women's under-75kg weightlifting category after previous winner Lei Cao of China failed an anti-doping test.

Olga Rypakova then received the silver medal in the women's triple jump, becoming the owner of a full set of Olympic medals after a gold medal at London 2012, silver at Beijing 2008 and bronze at Rio 2016.

Both the results of Tatyana Lebedeva of Russia and Hrysopiyí Devetzí of Greece were discounted from the Beijing 2008 triple jump, allowing Rypakova to take silver.