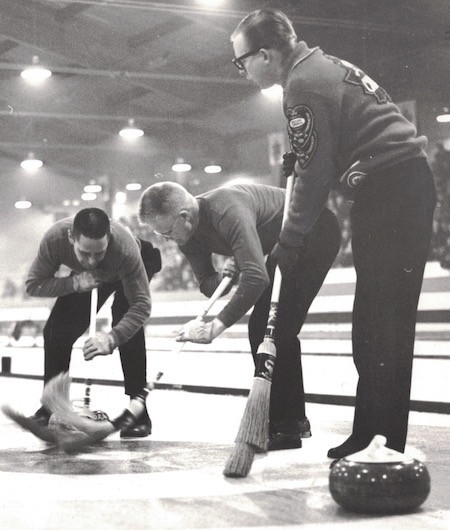 Curling's three-time world champion Fred Storey has died at the age of 87, it has been announced.

"I think Fred was one of the first great leads in the sport," Warren Hansen, a fellow Canadian Curling hall-of-famer, said.

"If there was a corner guard put up, he’d be behind it, buried, above the tee-line, in a split second.

"That was a lot of the success of the Northcott team.

"During the 1960s I don’t think I can think of a lead who was better at playing that game than he was.

"In that time, the lead was the one who set up the end.

"If your lead was able to get around a corner, you were almost assured of getting a deuce because the runback wasn’t a routine shot like it is today."

Fred Storey was a lifetime member of the Calgary Curling Club and curling legend. He will be missed but forever remembered as a great one in the Curling World. #worldchampion #fredstorey #curling https://t.co/lV6wFtgOqI

"He provided a lot of the mental strength for that [Northcott] team," said Hansen.

"Fred didn’t have to say much; it was his actions.

"He was a no-nonsense guy on the ice; just win, win, win.

"I’d say he was the best lead in the game in the 1960s; he took the position of lead to another level."

A memorial service for Storey has been held in Calgary.