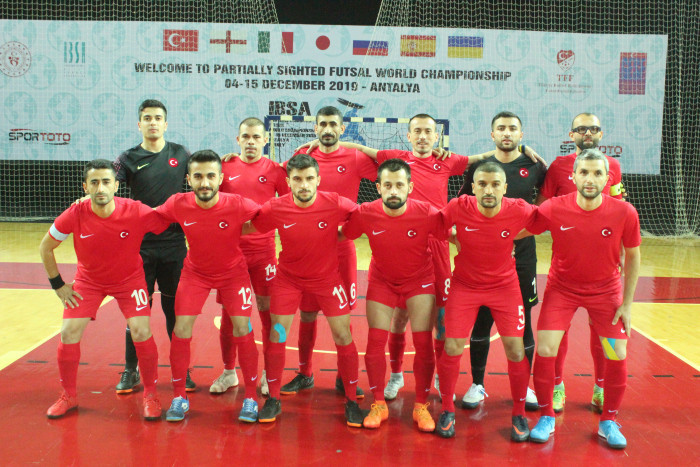 A crowd of around 400 cheered on the hosts as they defeated Japan 5-3 in the tournament's opening match, before England secured a 4-2 win against Italy at Antalya Arena Sports Hall.

A total of seven teams are contesting the World Championships, with defending champions Ukraine starting their defence tomorrow.

Turkey finished sixth at the 2017 edition in Cagliari and are hoping to improve on that result on home soil.

Aydemir's hat-trick gave them the opening victory they craved, with Faruk Sarimsi bagging a brace in their 5-3 triumph over Japan.

There was also a hat-trick for England's Tom Lamb in their victory against Italy.

Andy Cahill had put England 1-0 up on nine minutes, before Lamb doubled the lead after a quarter of an hour.

Fabio Cazzanti gave Italy hope of a fightback before Lamb netted twice more to give England a 4-1 lead.

A late Salvatore Boi goal was scant consolation for Italy, who will take on Spain tomorrow.

Competition is scheduled to continue until December 14, when the first- and second-placed teams will battle for the overall title.