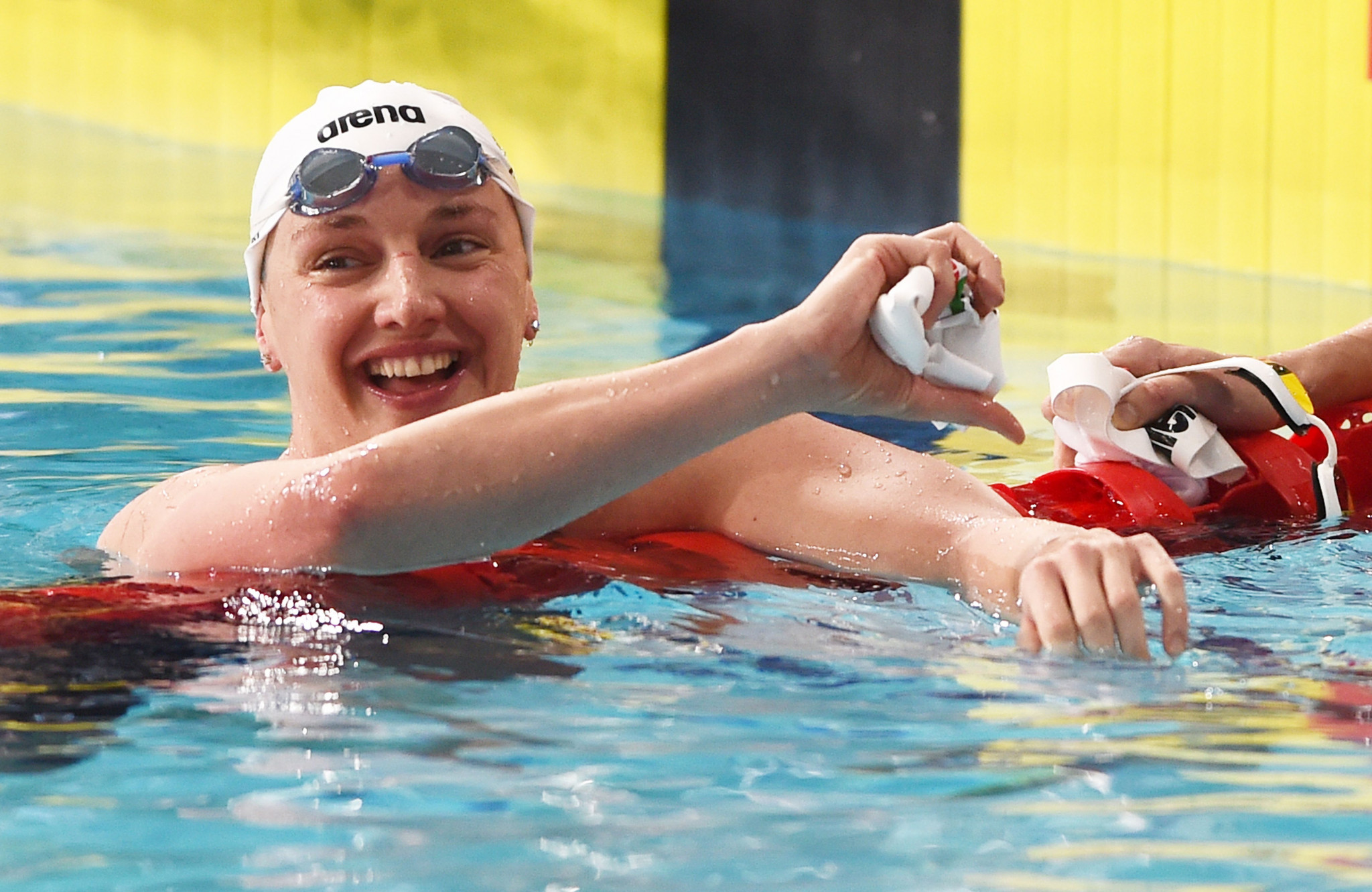 Hosszú won the women’s 200 metres butterfly final in 2min 03.21sec, with silver going to Italy’s Ilaria Bianchi in 2:04.20 and bronze going to Zsuzsanna Jakabos of Hungary in 2:05.00 at the Tollcross International Swimming Centre in the Scottish city.

Hosszú then added the 100m individual medley title in 57.36sec, with silver going to Russia’s Maria Kameneva in 57.59, and Finland’s Jenna Laukkananen taking bronze in 58.62.

Britain’s Freya Anderson earned a home victory as she came home in the women’s 100m freestyle final in 51.49.

Beryl Gastaldello of France took silver in 51.85, ahead of Femke Heemskerk of The Netherlands, who clocked 51.88.

Kliment Kolesnikov of Russia won gold in the men’s 100m backstroke final, finishing in 49.09, with silver going to Germany’s Christian Diener in 49.94.

The Netherlands were second and given the same time, with bronze going to Denmark, who clocked 1:35.24.