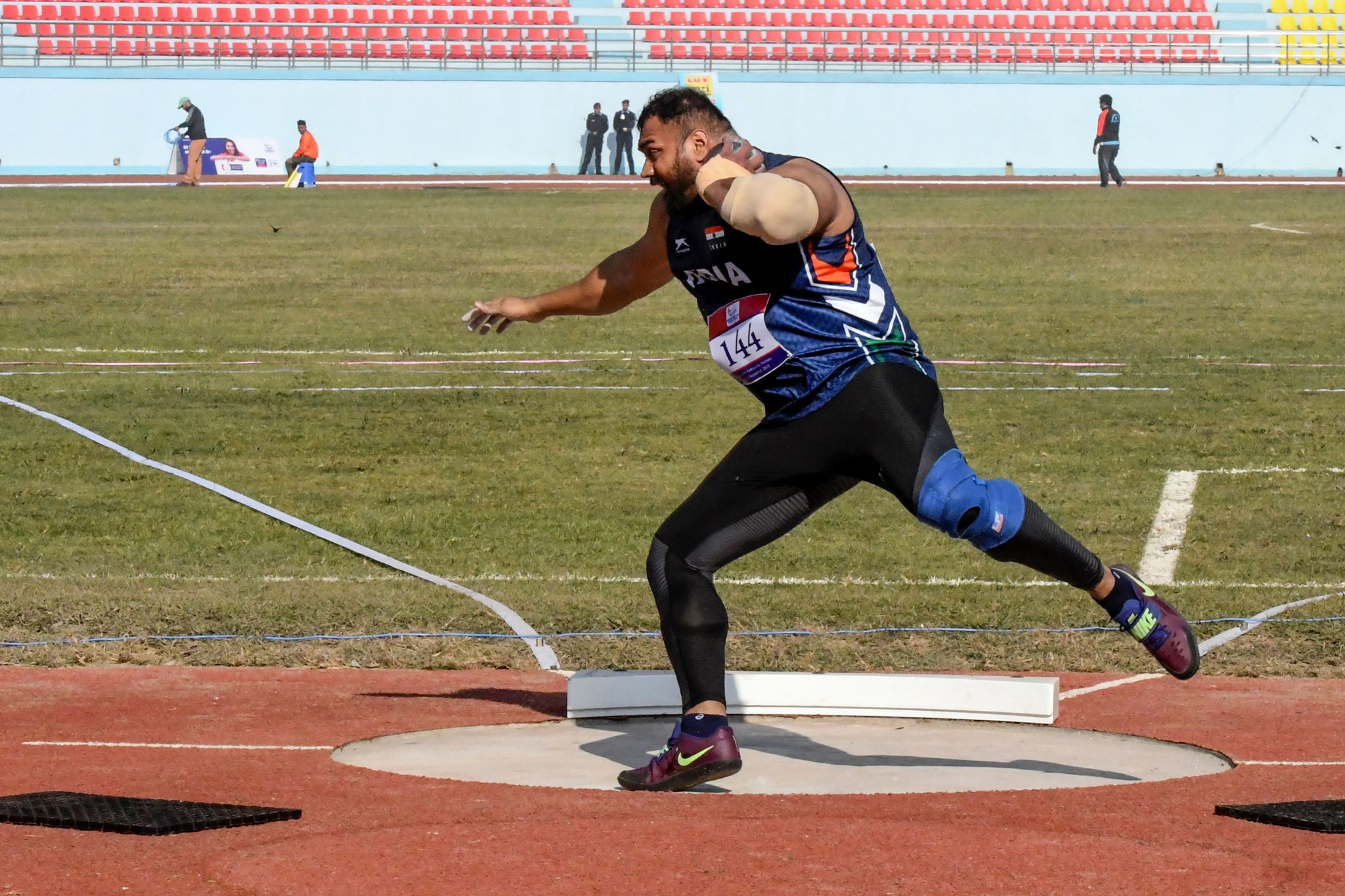 India's Tejinder Pal Singh Toor was in record-breaking form, as he claimed the men's shot put gold medal at the South Asian Games in Nepal today.

Toor threw a Games record of 20.03 metres at Dasarath Stadium in Kathmandu, bettering the mark of 19.15m set by compatriot Bahadur Singh Sagoo at the 1999 edition in the same city.

There was also success for India in the women's shot put, thanks to Abha Khatua's throw of 15.32m.

Sri Lanka's Tharika Kumudum was the silver medallist with 14.35m, while the bronze went to India's Kachnar Chaudhary with 13.66m.

Another Games record was broken in the men's 4x100m relay, which saw Sri Lanka's Himasha Eashan, Chanuka Sandeep, Vinoj Suranjaya and Yupun Priyadas triumph in a time of 39.14sec.

India held the previous record of 39.91, set at the 2004 edition in Pakistan's capital Islamabad.

Among today's other winners in athletics was home favourite Gopi Chand Parki in the men's 5,000m.

Pakistan dominated the 400m events, courtesy of performances by Mehboob Ali in the men's and Najma Praveen in the women's.

Ali prevailed in 50.71 and was followed in the standings by Indians Jabir Madari Palliyalil, second in 51.42, and Santosh Kumar, third in 51.98.

In table tennis, India came out on top in the men's and women's singles events.

Sutirtha Mukherji got the better of Ayhika Mukherji in an all-Indian women's final.