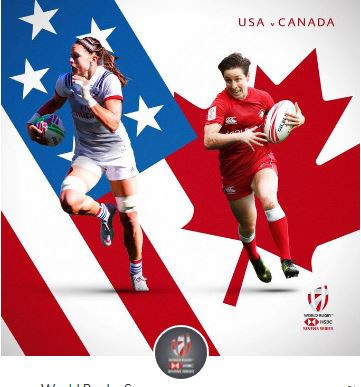 The United States, current leaders of the World Rugby Women's Sevens Series, moved through to tomorrow's quarter-finals at the Dubai event - the second tournament in the Series - with a 100 per cent record.

Seeking a third successive Series win following the season-opener in Glendale last month and last season's triumph in the French city of Biarritz, the United States built on yesterday's opening win over Brazil at The Sevens Stadium in the United Arab Emirates city as they defeated Russia 33-14 and Canada 34-10.

They will next play Russia for a semi-final place against either Fiji or the overall Series and Dubai defending champions New Zealand.

Australia and France also reached the last eight, with three group wins out of three.

The Australian side beat Ireland and Spain by the same score of 38-5, while France earned victories over Japan, 21-7, and New Zealand, 19-14.

France will meet Canada in their quarter-final for the right to play the winner of Australia versus Spain.

The quarter-finals, semi-finals and gold-medal match are tomorrow.