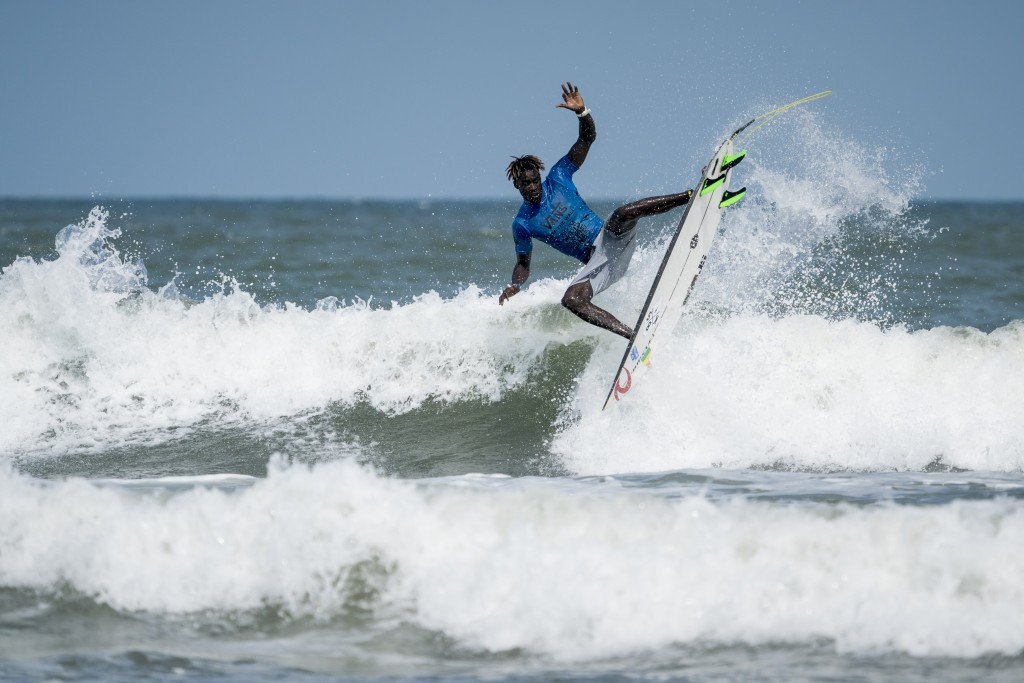 Surfing will add "huge value and excitement" to the Summer Youth Olympic Games when it makes its debut at the event at Dakar 2022, International Surfing Association (ISA) President Fernando Aguerre has claimed.

Aguerre admitted surfing's inclusion at the Games in Senegal's capital was "another great moment for the sport".

Surfing is one of five additional sports confirmed for Dakar 2022, the first Olympic event ever to be held in Africa, joining breakdancing, karate, skateboarding and sport climbing.

Four of the five - all excluding karate - are due to be part of the programme at the 2024 Summer Olympic Games in Paris, while karate, surfing, skateboarding and sport climbing will feature at Tokyo 2020.

A total of 24 surfers, split equally between men and women, are set to participate in shortboard competitions at Dakar 2022.

"Surfing has incredible youth appeal and its unique core values will add huge value and excitement to Dakar 2022," Aguerre said.

"The world-class competition involving young, cool athletes who can connect with youthful audiences will deliver meaningful value for the local and international fans and TV viewers across the world."

Dakar 2022 will be the latest Olympic event to feature breakdancing, which appeared for the first time at a Summer Youth Games in Buenos Aires last year.

Breakdancing is also in line to make its first appearance at the main Olympic Games as it has been provisionally included at Paris 2024.

"We are extremely pleased with the news that breaking has been included on the programme for Dakar 2022, as it will once again allow the best young b-boys and b-girls around the world to showcase their talent," World Dance Sport Federation President Shawn Tay said.

"After the great success of breaking at Buenos Aires 2018, we will continue to work closely with both the breaking community and the IOC to ensure that we deliver the best possible event in 2022."

The International Federation of Sport Climbing (IFSC) has also welcomed the inclusion of its sport at Dakar 2022.

Combined events featured at Buenos Aires 2018 but sport climbing at the 2022 Games will consist solely of men's and women's bouldering competitions.

"This extension of our Olympic journey to Senegal is something special, and is both challenging and exciting," said IFSC President Marco Scolaris.

"It is in line with our plans to develop our sport in the continent and this inclusion will surely inspire us and give additional energy for a faster growth.

"I am also glad to share once again Olympic emotions with our friends of breaking, surfing, skateboarding and karate."

IOC sports director Kit McConnell claimed the changes to the traditional format of the respective sports were made to "adapt to the local environment" in Dakar.

A spokesperson for the International Canoe Federation (ICF) said the organisation was "very excited to be getting the opportunity to showcase another of the fantastic canoeing disciplines that come under the ICF umbrella".

"We adapted our disciplines for Buenos Aires to suit the local conditions, and we were more than happy to do the same again for Dakar," the spokesperson added.

"We believe it gives us a chance to show off just how big and how diverse the sport of canoeing is around the world."

All sports and events will also be gender equal at Dakar 2022, it is promised.