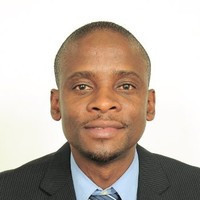 Botswana National Olympic Committee (BNOC) chief executive Tuelo Serufho says an absence of funding for next year's Olympic Games in Tokyo is likely to affect qualification deadlines for some sports.

As reported by Botswana Daily News, Serufho said although the BNOC had not yet received funding from the Government, the Botswana National Sport Commission has been given money to distribute to National Federations in order to implement programmes towards athlete preparations to qualify for Tokyo 2020.

"This has created problems, to have a smooth coordinated implementation of training programmes for the athletes," Serufho was reported as saying by Botswana Daily News.

Serufho denounced that qualification deadlines for some sports, such as cycling, had passed and that others were edging closer.

He said it was important to ensure that with the limited amount of time, Botswana could qualify athletes and win medals at Tokyo 2020.

A target has been set to qualify 15 athletes and win at least four medals.

"It is mandatory for us to ensure that there is representation at the Olympic Games, therefore it is important that, as we have that responsibility, we keep you updated, as to what is happening with respect to our preparation to compete at the Olympic Games," he added.

BNOC made a decision in April to raise funds through non-traditional sources and launched an SMS donation campaign that will run until August of next year.

Botswana will be making their 11th consecutive Summer Olympic Games appearance at Tokyo 2020.

At Rio 2016, Botswana failed to win a single medal.