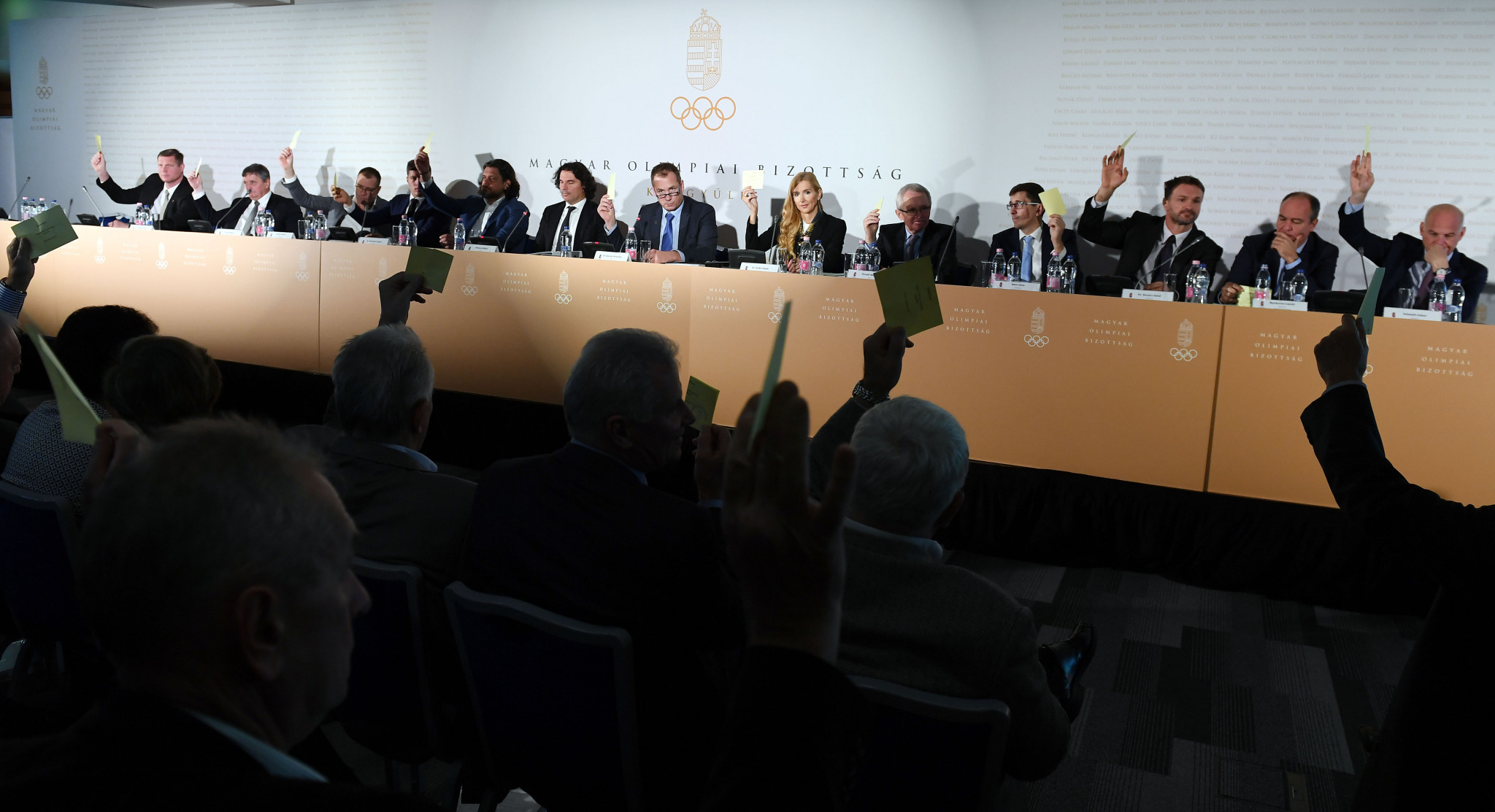 The Hungarian Olympic Committee (MOB) appointed the members of its new Ethics Committee at its second General Assembly of the year.

All of the members were approved by a "big margin", the MOB said, after they were recommended by the Executive Board.

They include Olympic swimmer and sports leader Attila Császári, who competed at the 1972 Games in Munich.

"The majority of the members of the freshly established Ethics Committee come from outside of sport, although it does not mean they are totally outsiders," the MOB said.

The Ethics Commission has been established after the MOB was rocked by a high-profile sex scandal involving Zsolt Borkai, the former President who led the body between 2010 and 2017.

Borkai, the pommel horse Olympic champion from Seoul 1988, was expelled from the MOB in October after an X-rated video of him having sex with a young woman on a yacht emerged.

The footage was posted on adult websites shortly before key local elections in Hungary, and also showed the 54-year-old Borkai with prostitutes and bottles of alcohol.

He manged to retain his position as Mayor of Hungarian city Győr but also stepped down as a member of the Fidesz political party.

However, Borkai continued to serve as a delegate of the Hungarian Gymnastics Federation.

He first claimed he was being targeted in a smear campaign to oust him from office but later admitted it was him in the video.

The scandal angered Hungary's Prime Minister Viktor Orbán and was reportedly a reason for the right-wing Fidesz party suffering arge losses in the local elections.

Other business at the General Assembly included three people becoming honorary members of the MOB.

She is also a former MOB Executive Board member and is now sports director at the International Skating Union.