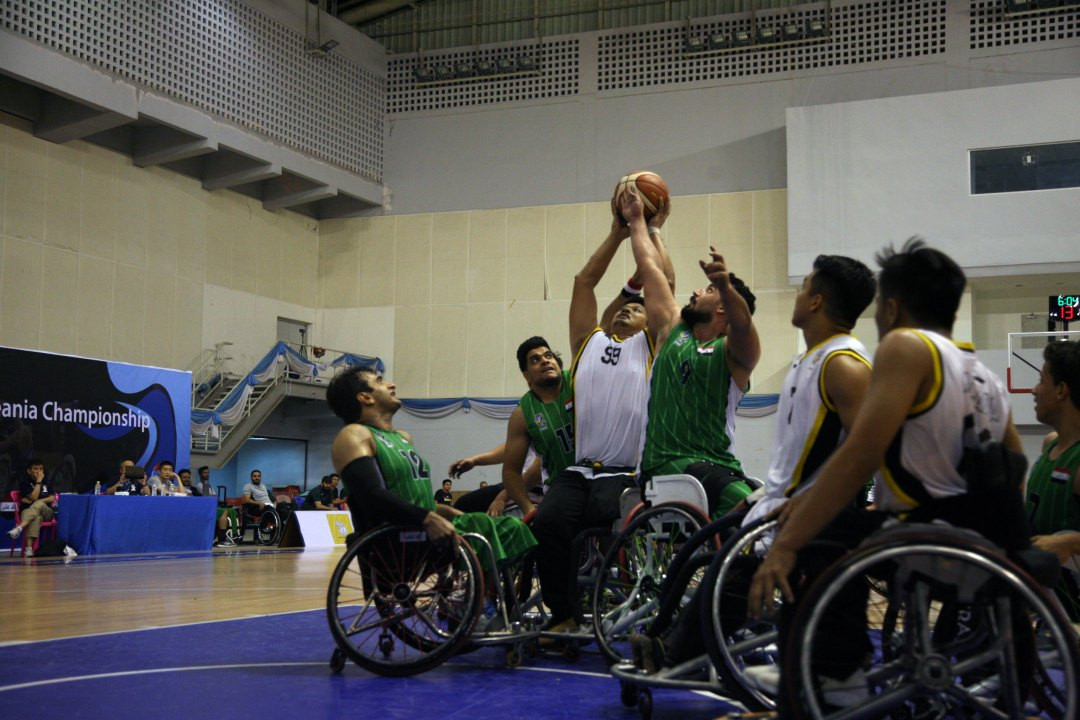 Saudi Arabia and Malaysia qualified for the quarter-finals of the men's tournament, as the International Wheelchair Basketball Federation Asia Oceania Championships continued in Pattaya.

Both countries have come through Division B and now join all six Division A sides in the last eight.

The Saudi Arabians booked their place with a 50-38 win over Philippines at the Thai city's Eastern National Sports Centre.

A clash between Saudi Arabia and Malaysia is tomorrow to determine which position they join the quarter-finals.

The tournament is a key qualifier for the Tokyo 2020 Paralympics, with four spots on offer for the men's event.

Round-robin play continued in Division A, where the teams knew they had a quarter-final berth regardless of results.

Australia beat China 67-46 and are now the only undefeated team with four wins from four.

Japan, who will qualify for Tokyo 2020 as the host nation regardless of their performance in Thailand, did boast a 100 per cent record, but lost 67-55 to South Korea.

Both teams have now won three, lost one.

Iran claimed a second win as they saw off hosts Thailand 85-37.

In the women's tournament, the three teams in Division A will progress automatically to the semi-finals with one side joining them from Division B.

Australia pipped Japan, who will again qualify for Tokyo 2020 as hosts, 58-55 to head Division A.

Thailand are top of the pile in Division B after they made it three wins from three by beating Iran 51-34 in a battle between two previously undefeated sides.

There was a first win for Afghanistan, who beat India 55-26.