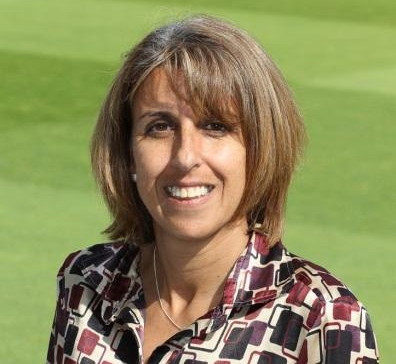 Zara Hyde Peters has resigned from her position on the Birmingham 2022 Board and as chair of the organisation’s Athletes’ Advisory Committee.

Hyde Peters decision follows confirmation last week that she would not take up the post as new chief executive of UK Athletics, after allegations made about her husband have come to light.

Birmingham 2022 Board were reportedly set to discuss whether to temporarily suspend Hyde Peters.

The Commonwealth Games Federation (CGF) also wrote to the Birmingham 2022 urging them to suspend her from the two roles pending an investigation.

Birmingham 2022 have now confirmed Hyde Peters has resigned from her two posts.

The announcement coincided with the start of a three-day visit here by the CGF Coordination Commission.

"She has also resigned as chair of the Birmingham 2022 Athletes’ Advisory Committee.

"I would like to thank Zara for her contribution over the last year."

Hyde Peters had been confirmed as the chair of the Birmingham 2022 Athletes' Advisory Committee in October.

As chair, Hyde Peters would have reported back to the Birmingham 2022 to share athletes’ advice on how to create the "best possible sporting experience for all the competitors".

Hyde Peters had been due to take up her post as UK Athletics chief executive on Sunday (December 1), with her appointment having been announced in August.

She had been set to replace Niels de Vos, who resigned in September 2018.

UK Athletics chair Chris Clark released a statement to confirm after a meeting with Hyde Peters, it was agreed she would not take up the role.

It followed allegations in The Times regarding her husband Mike Peters.

The Times alleged Mike Peters was allowed to continue coaching at Coventry Godiva Harriers between 2012 and 2017 despite Hyde Peters, a coaching coordinator and vice-chair at the midlands club, knowing he had been permanently barred from teaching in October 2012 over an "inappropriate relationship" with a 15-year-old schoolgirl.

Peters was barred from teaching because of the inappropriate relationship between 2004 and 2005 while he worked as a physical education teacher at Bilton School in Rugby.

Although he was acquitted of sexual misconduct in court, the official judgment of a subsequent teacher misconduct panel found he had committed "misconduct of a serious nature".

This included an "exchange of inappropriate photographs" with a vulnerable pupil.

Hyde Peters had previously worked for UK Athletics between 2000 and 2008 in a number of roles.

These included head of potential, technical director for endurance and director of athlete development.

A former elite distance runner, she represented England at the 1994 Commonwealth Games in Victoria, finishing 13th in the 10,000 metres.

Hyde Peters left UK Athletics to become chief executive at British Triathlon, a role she held between 2008 and 2014.