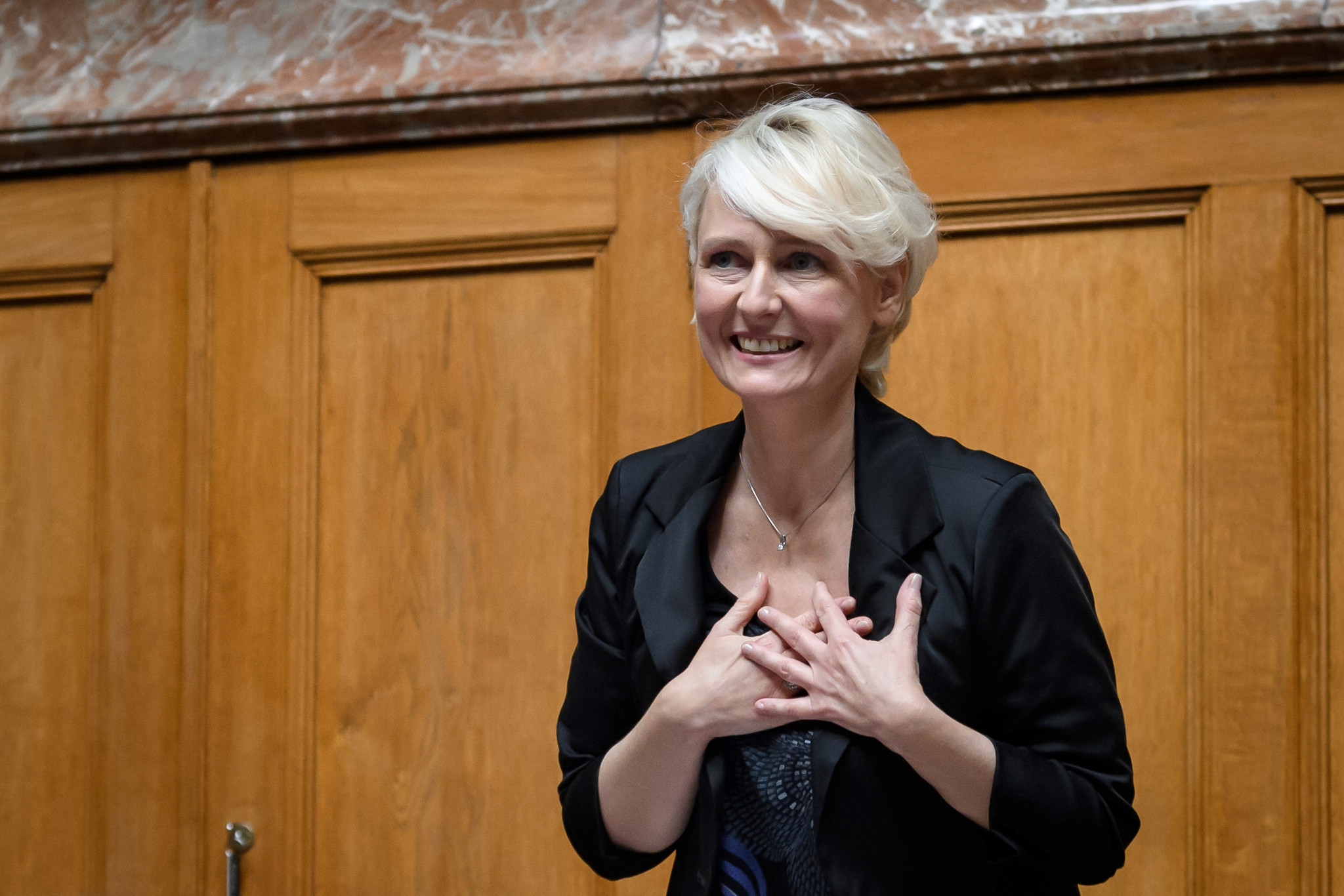 Moret received 193 votes out of 198 valid ballots to take on the key role in the country's lower political chamber in Bern.

She decided to focus on youth in her speech, as Switzerland now has its youngest Parliament in history.

The Lausanne 2020 Olympic flame was present for the occasion and was carried by Virginie Faivre, the President of the Organising Committee, and 17-year-old Caroline Ulrich, a four-time world junior champion in ski mountaineering.

Ulrich was chosen as her sport will make its first Olympic appearance at Lausanne 2020, while Ian Logan, the director general of the Games, was also in attendance.

"These Youth Olympic Games reflect the theme of prevention which is close to my heart, youth education, sport, the use of local resources in a sustainable way, especially in tourism," said Moret, a member of the FDP Die Liberalen party.

"Indeed, these Games are anchored in our region by building on existing infrastructures and have accelerated useful investments decided by local communities.

"Hundreds of young Swiss people, together with the Organising Committee, have developed these Games.

"Everything has been done hand-in-hand with our schools, colleges and universities."

The President of the National Council serves for a year with no possibility of extension.

Moret was voted in by her peers with the best result ever recorded.

Lausanne 2020 said her words highlighted their "Start Now" campaign, which aims to encourage young people to contribute to a better world, using the spirit of the Youth Olympics.

"What an honour it was to have represented Lausanne 2020 and the Olympic Movement in Bern," said Faivre.

"It is such a powerful symbol to have been able to bring our values and commitment to youth before this new Parliament, the youngest in Swiss history.

"Our country is demonstrating its willingness to value youth, its new ideas, and its will to move things forward.

"We can only be delighted about that."