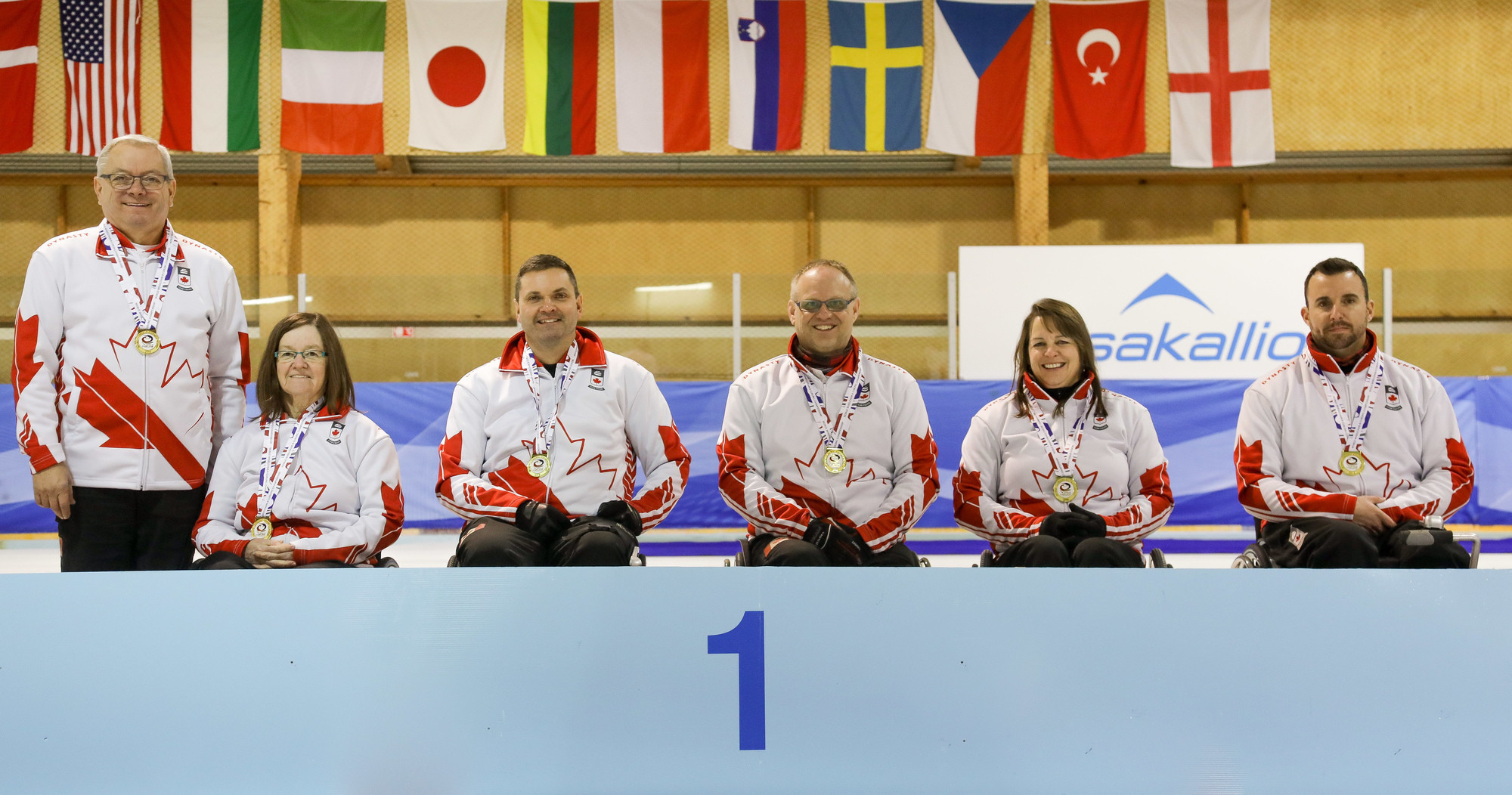 Canada won gold at the World Wheelchair-B Curling Championship in Finland after defeating Sweden 6-1 in the final.

The Canadians, coached by Wayne Kiel, had earlier won five matches from six in the round-robin phase to progress directly into the semi-finals.

In the last four they eased past Czech Republic 10-4 while the Swedish side skipped by Viljo Petersson-Dahl beat Slovenia 7-5.

There was consolation for the Czechs as skip Dana Selnekovicova guided them to a 10-7 win over Slovenia in the bronze medal match.

All three medal-winning teams have been promoted to next year's World Wheelchair Curling Championship, which will take place in Wetzikon in Switzerland from February 29 to March 7.

Canada were among three countries relegated to the B tournament at last year's World Championship in Scottish city Stirling, so have sealed an immediate return to the top tier.

Their relegation came after Ideson skipped the team to a bronze medal at the Pyeongchang 2018 Winter Paralympics.

Ideson was also alternate when Canada won gold at Sochi 2014 in a side skipped by Jim Armstrong.

Both Thiessen and Forrest were part of the line-up.

The Canadians last won the World Wheelchair Curling Championships in 2013, under Armstrong.