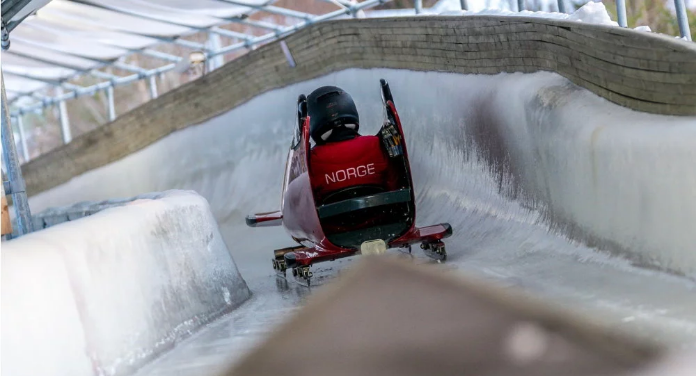 Some of the world’s leading Para-bobsleigh athletes have shown their support for a group of rookies at a school dedicated to the sport in Lillehammer.

A total of 19 athletes - 15 men and four women – from nine nations took part in the training sessions, which begun last Wednesday (November 27) and concluded today in the Norwegian town.

Also in attendance, on her home track, was Guro Frønsdal, the 2018 World Championships bronze medallist and one of only two women to win an International Bobsleigh and Skeleton Federation (IBSF) Para Bobsleigh World Cup.

The six-day event allowed six to 12 participants to learn about Para-bobsleigh with a team of coaches, healthcare staff and support staff.

It was organised by the IBSF and the Norwegian Sliding Sports Federation.

As IBSF coaches, former bobsleigh pilot Bree Schaaf of the United States and Sarah Monk of Canada were on site.

"The participation of experienced athletes has proved to be very productive," Kristaps Kotans, the IBSF’s Para-sport coordinator, said.

"Sharing experience among athletes with similar impairments has a great value."

The fifth season of the IBSF Para Bobsleigh World Cup is due to begin in Lillehammer on Saturday and Sunday (December 7 and 8).

It had been hoped by the IBSF that bobsleigh would be included in the for Beijing 2022 but the International Paralympic Committee decided that more development work needed to be done before it could be added to the Games.

The IBSF are now pushing for its inclusion on the programme for the 2026 Winter Paralympic Games in Milan and Cortina d'Ampezzo.