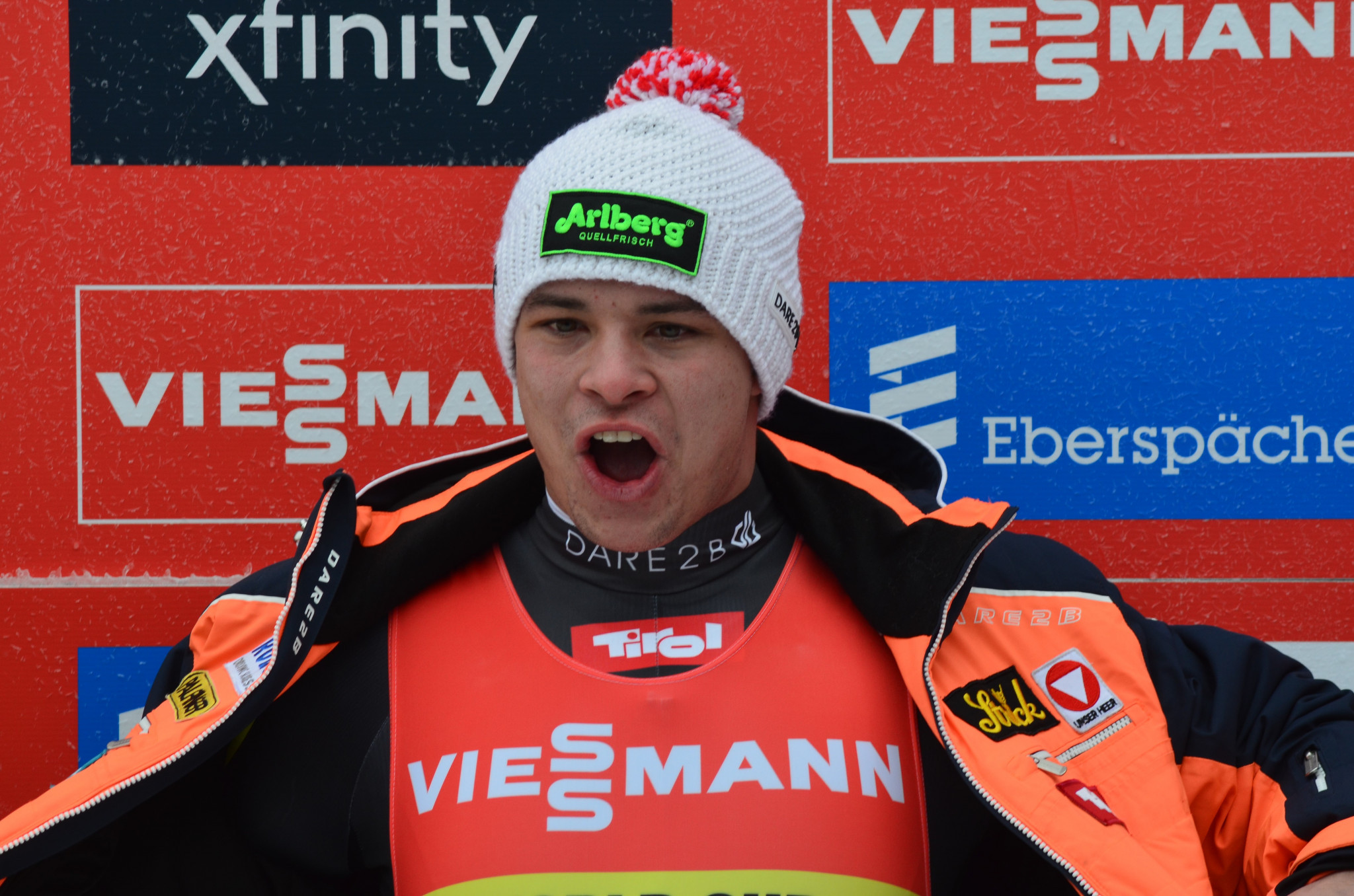 Austria's Jonas Müller made it two men's victories from as many races at the International Luge Federation World Cup this season as he clinched the narrowest of wins in Lake Placid.

The 22-year-old world sprint champion won the season-opener at his home event in Innsbruck last weekend and was successful again at the Mount van Houvenberg track, clocking 1min 41.437sec after his two runs.

On a busy day of action, three sprint World Cup races were also held with Germany's Julia Taubitz backing up her women's win from yesterday by again coming out on top.

On a quick day of sliding nine athletes went below the old track record during the first run, including West who set the fastest time of 50.607sec.

He could not maintain his lead in the two-time host village of the Winter Olympics, however, as Müller overhauled him.

"I really enjoyed that," the Austrian said.

"I experienced some difficulties in training.

"I only managed my first good run in the final training session.

"But I didn't think it would be enough to take the win with these ice conditions.

"I used to get too tense, and now I'm trying to keep things loose."

Repilov won the men's race in Lake Placid last year but was fourth this time before gaining consolation in the sprint.

Müller won another medal with bronze in 32.280.

It means the Austrian leads the men's World Cup standings with 270 points, with Repilov on 245 in second and Fischnaller third on 195.

Taubitz's superb World Cup continued with her sprint victory in 37.187.

American Summer Britcher earned a home silver in 37.238 and her compatriot Emily Sweeney, who was second behind Taubitz yesterday, came third in 37.369.

It has left Taubitz with a useful early lead in the women's standings as she has 270 points, 40 more than second-placed Britcher.

Innsbruck winner Tatiana Ivanova of Russia is third on 197.

The victory for the Šics brothers was their first on the World Cup circuit, despite the three-time Olympic medallists having competed since 2004.

Their time of 37.218 meant a rare failure for Germany and their two dominant pairs, Tobias Wendl and Tobias Arlt and Toni Eggert and Sascha Benecken.

World champions and overall World Cup winners Eggert and Benecken had to settle for second in 37.226.

Wendl and Arlt, the back-to-back Olympic champions who won the doubles yesterday, ended third in 37.255.

Eggert and Benecken have 270 points to top the overall standings, a 15 point advantage on their compatriots.

The World Cup season will now continue in Whistler in Canada on December 13 and 14.