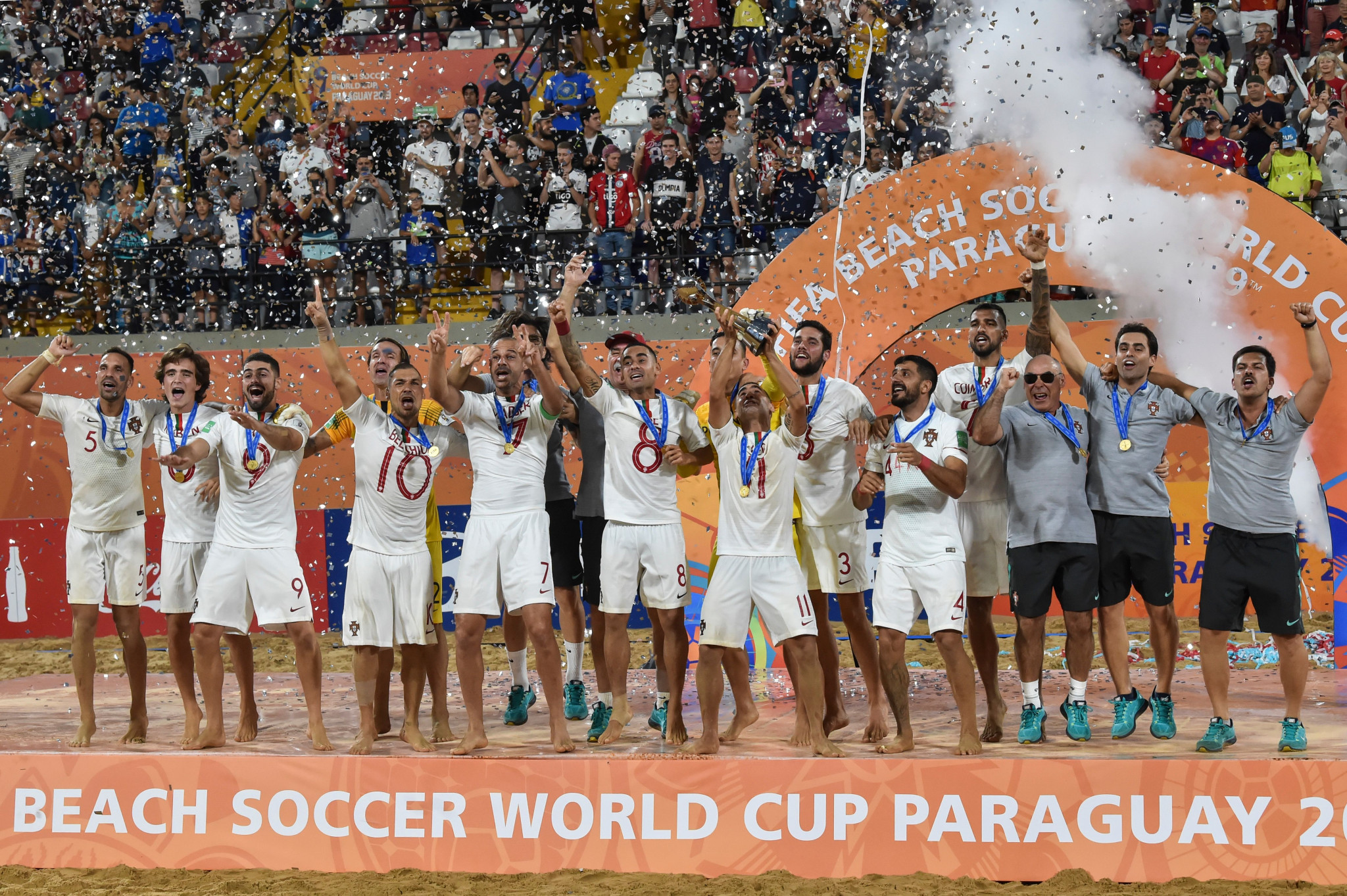 Portugal won the FIFA Beach Soccer World Cup for the third time as they beat Italy 6-4 in today's final in Paraguay.

Jordan Santos was the star of the show as he bagged a hat-trick for the champions at Luque's Los Pynandi Stadium.

His nation have now added to the title they won on home sand in Espinho in 2015 as well as their 2001 success in Bahia in Brazil.

It did not start well for Portugal as Italy's Emmanuele Zurlo steered home the opening goal after six minutes.

The lead only lasted for two minutes, however, as Leo Martins equalised with a free kick to leave the game all square at the end of the first period.

Portugal then began to turn on the style with Jordan grabbing his first and Andre Lourenco tapping in to make it 3-1 before the second break.

In the final period Jordan and Martins were both on target again to put the Portuguese in control at 5-1 in front.

There was drama at the other end too as Portugal keeper Andrade saved a penalty from Italy's Gabriele Gori, the tournament's leading scorer.

Italian goals from Andrea Ramacciotti and Josep Junior Gentilin gave their side hope but Jordan rounded of his hat-trick to make the game safe with a late free kick.

It meant Ramacciotti's second of the game was in vain and Italy are still searching for a maiden World Cup title.

"This is the perfect way to end a fantastic year, bearing in mind we also won the Euro Beach Soccer League and the European Games," said Santos, who was also part of Portugal's winning team in 2015.

"It's a great source of pride to represent your country in such a way.

"The game was just as even as we thought it was going to be, but we were the better team overall.

"Without taking anything away from Italy, I felt like we were worthy winners."