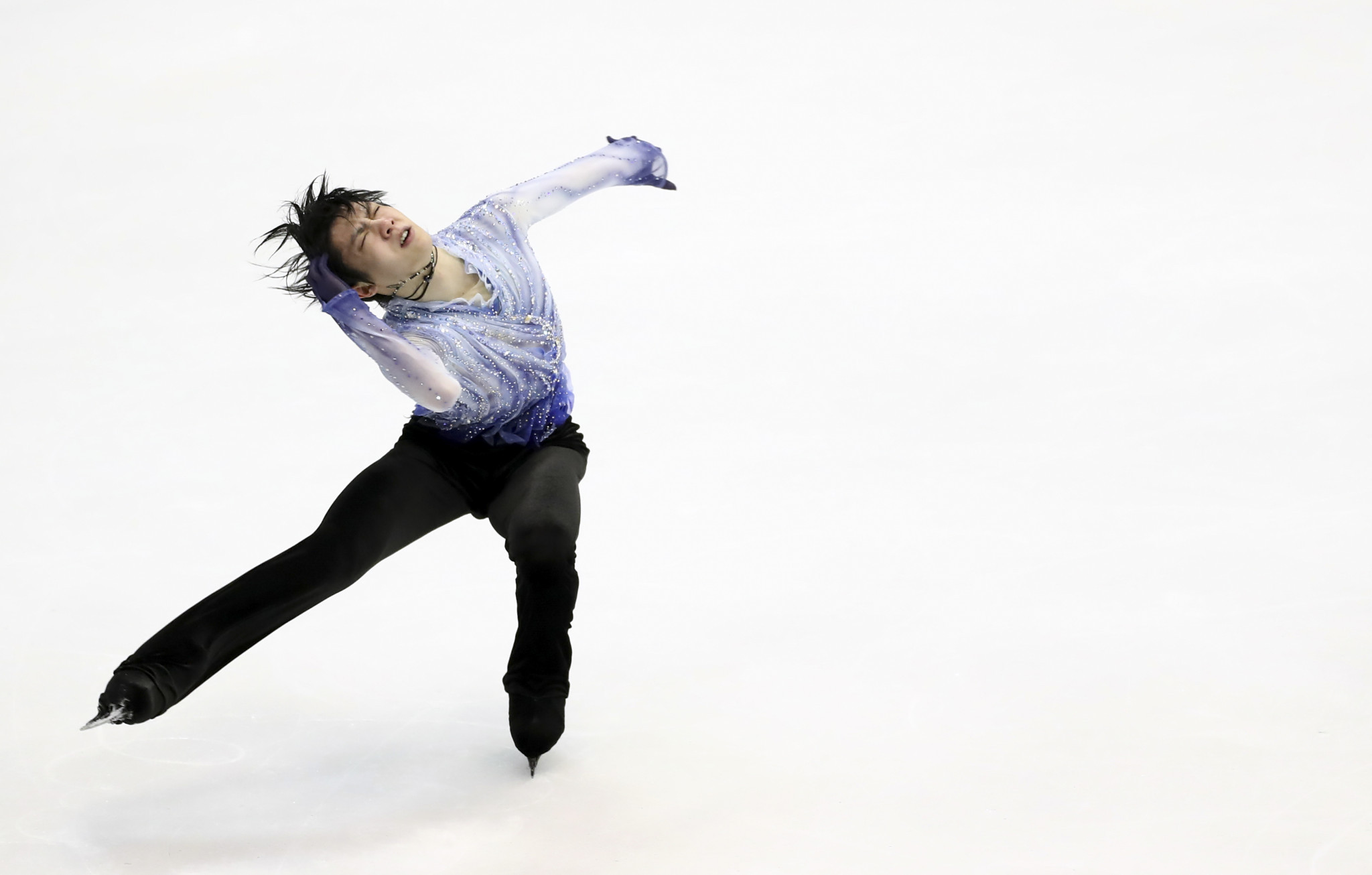 The long lists were launched by the ISU as an online voting process opened, which will allow the media, public and ISU members to vote for their favourite nominees.

Four of the seven categories are open to the public to back their chosen skater, with their votes influencing the best newcomer, best costume, most entertaining programme and most valuable skater categories.

Hanyu has been nominated for the final three categories, with the Japanese skater likely to benefit from his strong fanbase.

United States' Nathan Chen, who beat Hanyu to World Championship gold, also features on the long list for the most valuable skater.

Women's world and Olympic champion Alina Zagitova of Russia and the Chinese pairing of Sui Wenjing and Han Cong are other candidates for the prize.

Voters will be able to choose one of 52 routines in the most entertaining programme category, with the same number selected for best costume.

There are six contenders for the Best Newcomer award, with five coming from Russia.

Alena Kostornaia, Alexandra Trusova, Anna Shcherbakova, Makar Ignatov and the paring of Anastasia Mishina and Aleksandr Galliamov are all in contention.

South Korea's Young You has also been nominated.

The public will not be able to vote for the three other categories, with best choreographer, best coach and lifetime achievement prizes also on offer at the inaugural awards.

The ISU announced the Skating Awards in October, which the governing body claim will be a "brand-new and exciting event combining breathtaking figure skating performances, entertaining music acts, astonishing artistic shows and a dazzling award ceremony".

The new Awards is a joint venture between the ISU, Skate Canada and Art on Ice.

Additionally, a mix of figure skating, dance and contemporary circus will be showcased, featuring music acts and several live performances, and is planned to include all of the 2020 ISU World Championship medallists.

Fans can vote until February 10 next year.

Media and ISU members can vote in six categories, but not the lifetime achievement award.

ISU members are unable to vote for candidates from their countries in the best newcomer, best costume, most entertaining programme and most valuable skater categories.

They will be able to vote for their representatives in the best choreographer and best coach categories.

Three nominees will be announced in each category on March 10.

Votes can be cast here.