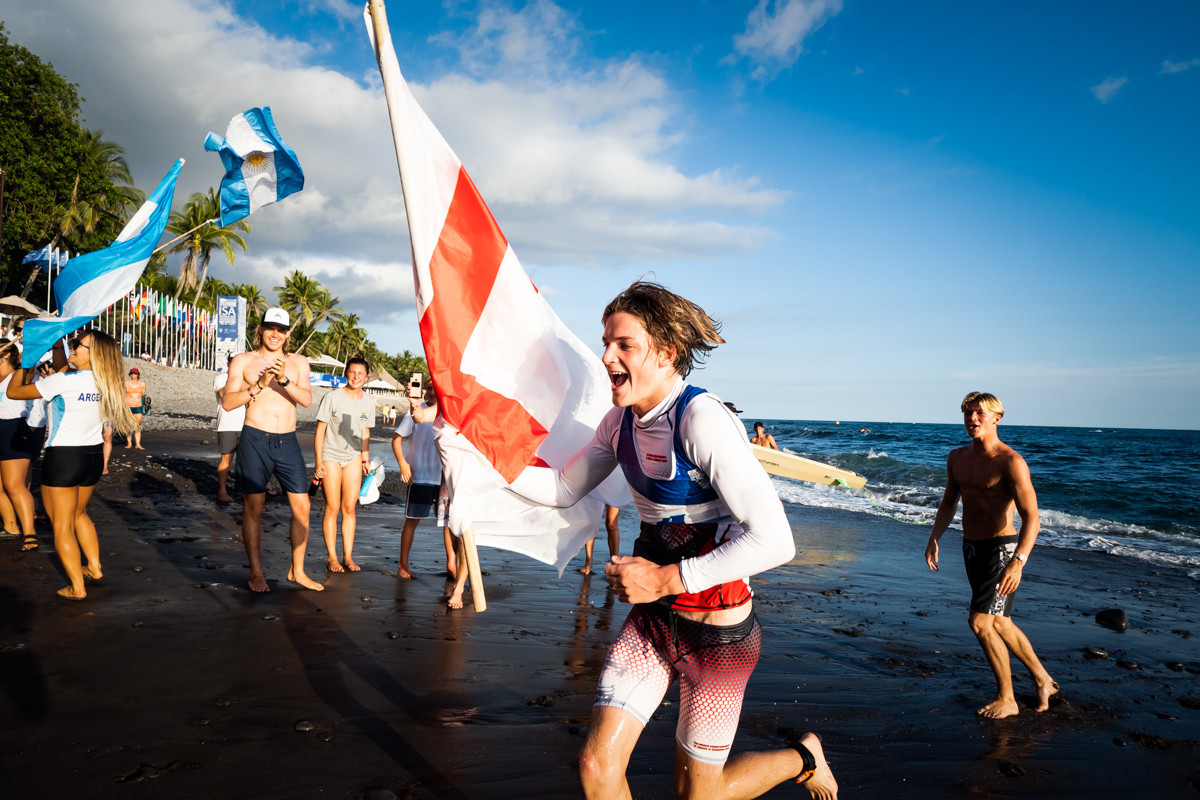 England's Sam Norton has reflected on an unlikely bronze medal at the International Surfing Association World StandUp Paddle (SUP) and Paddleboard Championship after qualifying for the Surf City El Salvador event in his first official competition.

Norton told insidethegames at the end of the Championships, which finished here yesterday, that he had missed going to his grandfather's funeral in South Africa because of his school exams when the chance to attend a long distance paddleboard race arose.

"I thought that it would be a good training event for my surf lifesaving board racing," the teenager said.

"We managed to borrow a board and some very helpful SUP racing people brought it down from Wales for me.

"As it turned out, I won that race and then found out that the race was the British Championship and the qualifying event for national team selection for the World Championship, so qualifying for the event was completely an accident."

In El Salvador, Norton one one of three English competitors and, despite coming up against much more experienced rivals, the 17-year-old placed third in the prone paddleboard distance race.

"Going into the World Championship event in the open men’s age group having just turned 17, I had no idea what to expect results-wise," said Norton.

"I was super stoked to come third at my first Championships.

"Getting up on the podium to collect my bronze medal with the England flag wrapped around me was an experience I’ll never forget."

Norton claimed he hoped to build on his El Salvador success in 2020.

"I met some great people from around the world so I’m hoping to maybe get to train and race with them this upcoming season," he added.

"It’s really opened up another sport for me which I’m really keen to pursue moving into the future.

"I would like to think that I can improve on my third place as I get more experience."

Alongside Norton's bronze medal, there was also a copper medal for Andrew Byatt, who finished fourth in the paddleboard prone technical race.

Sam's father Mark was the England team manager in Central America and sees a bright future for the sport, with two of his three athletes medalling.

"Due to the late notice of the event, most of the athletes who had qualified for the event were not able to attend," he said.

"The three athletes who decided to attend the event had never been to the World Championships before and therefore we had no expectations about what sort of results they may achieve.

"With only three entries, it was inevitable that the team would end up near the bottom of the table, but to have achieved 17th was a better result than we anticipated."

Norton explained the English athletes self-funded for the event, with no financial support from sporting organisations in the United Kingdom.

"The sport of prone paddleboarding is actually quite big already as It makes up one of the disciplines of surf lifesaving, a big sport in the south west of England and Wales," he said.

"The races held as part of this event are much longer than those in surf lifesaving, and the fact that the boys have done so well at this World Championships, I am sure will be a major stimulus to people entering these longer distance events."