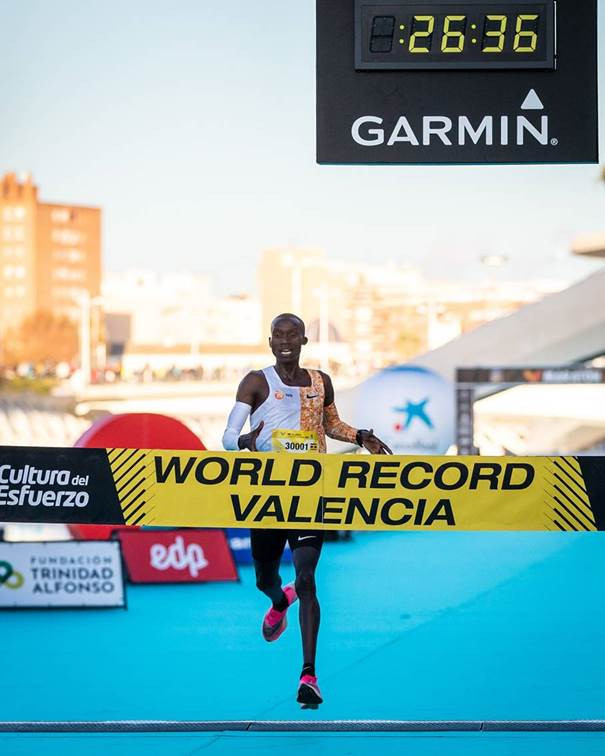 Uganda's Joshua Cheptegei smashed the world record for the 10 kilometres at the 10K Valencia Trinidad Alfons in Spain today.

"What a year it has been.

"I can’t believe it.

"I knew that Valencia was going to be a really fast course, one of the fastest in the world.

"So to get to achieve what we came here for is something really special."

What a way to finish an incredible year! Joshua Cheptegei breaks the 10km world record in Valencia, in a time of 26:38! pic.twitter.com/RgRfKBwqMW

Cheptegei was also among the five finalists last month for the World Athlete of the Year.

"This year has made me so happy," he said.

Pacesetter Roy Hoornweg, from The Netherlands, covered the opening kilometre in 2:42 before Cheptegei moved to the front briefly demanding a quicker pace, a demand that was met - by the second kilometre the clock read 5:42 for a 2:40-kilometre split.

Once Hoorweg dropped out, Cheptegei's Ugandan team-mates Stephen Kissa and Abdallah Mande took command with their leader in tow, with the trio covering 3km in 7:57, well inside the word record schedule.

Following a 2:41 split for the fourth kilometre, Cheptegei overtook the pacemakers before the halfway point, reaching 5km in 13:23, one second short of the world record for that distance.

Cheptegei forged on, reaching 8km in 21:37, when it became clear that the world record was within reach.

With 23:59 on the clock at the 9km point, Cheptegei needed to cover the final kilometre in 2:45, which he achieved comfortably.