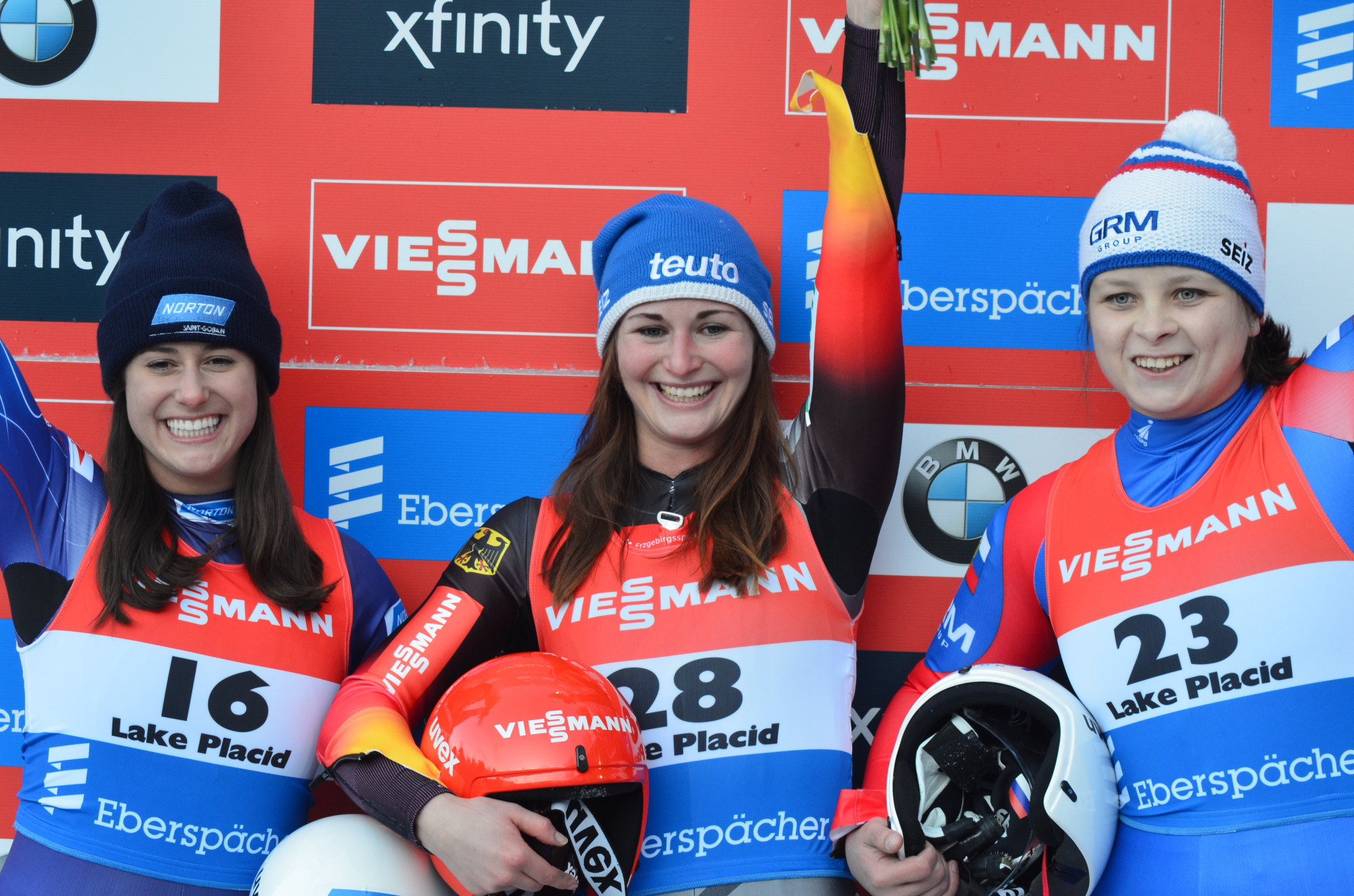 Germany's Julia Taubitz slid to the third International Luge Federation World Cup victory of her career as she claimed the women's title in Lake Placid.

On a good day for the country, Tobias Wendl and Tobias Arlt won the doubles event at the Mount van Houvenberg track.

World Championship bronze medallist Emily Sweeney of the United States was second on home ice, timing in at 1:27.551.

Sweeney had earlier set a track record herself as she clocked 43.688, only to see Taubitz lower the time again.

Russia's Victoria Demchenko was third, stopping the watches at 1:27.706.

Taubitz has now finished on the podium at both World Cup stops this season after ending joint third in Innsbruck last weekend.

"This is just amazing," she said.

"I'd never thought it was possible a few years ago.

"The track is in really good shape.

"I was hoping for a track record on my first run.

"I didn't realise Emily had beaten the benchmark."

Summer Britcher of the US is second on 145 with Russia's Tatyana Ivanova, the Innsbruck winner who was eighth today, third on 142.

There will be a new women's champion this year as Germany's Natalie Geisenberger, the four-time Olympic gold medallist who has won the last seven overall World Cup titles, is not racing while she expects her first child.

They clocked 1:27.317 to pip compatriots and reigning overall World Cup champions Toni Eggert and Sascha Benecken, who finished on 1:27.501 in second.

Eggert and Benecken, the world champions, won in Innsbruck with Wendl and Arlt second, so the result reversed what happened at the season-opener.

Both pairs have won the overall World Cup title four times, with Eggert and Benecken clinching the last three, and another close battle looks likely.

The World Cup lead is currently shared between the duos on 185 points each.

"We're getting older so we have more experience," said Wendl.

"We drove our best ever time on the Lake Placid track.

"The whole week has been a lot of fun.

"The new sled is really nice to drive.

"We've had some bad luck here in the past so we're pretty happy."

Lake Placid, which staged the Winter Olympics in 1932 and 1980, will host the men's and sprint competitions tomorrow.