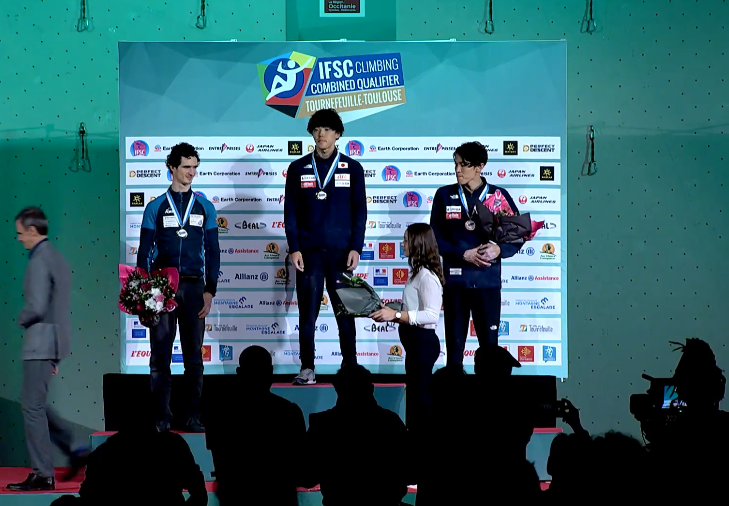 Fujii was competing in the knowledge he will not represent the host nation at next year's Olympic Games, with Kai Harada and Tomoa Narasaki having secured Japan's quota places.

His victory in France highlighted Japan's strength in depth in the sport, with Fujii's consistency proving key.

The bouldering discipline saw a Japanese one-two, with Meichi Narasaki edging Fujii to top the standings in the event.

Ondra was forced to settle for second place overall to Fujii.

The Japanese climber matched his runner-up finish from the bouldering in the lead discipline.

It helped him finish with a winning total of 20 points overall.

Ondra placed second on 24 points, with the podium completed by Narasaki on 28.

Despite finishing as the runner-up in the event, Ondra was able to celebrate securing one of the six Olympic berths on offer at the qualifier.

The remaining spots were claimed by China's Pan Yufei, Spain's Alberto Gines and Nathaniel Coleman of the United States.