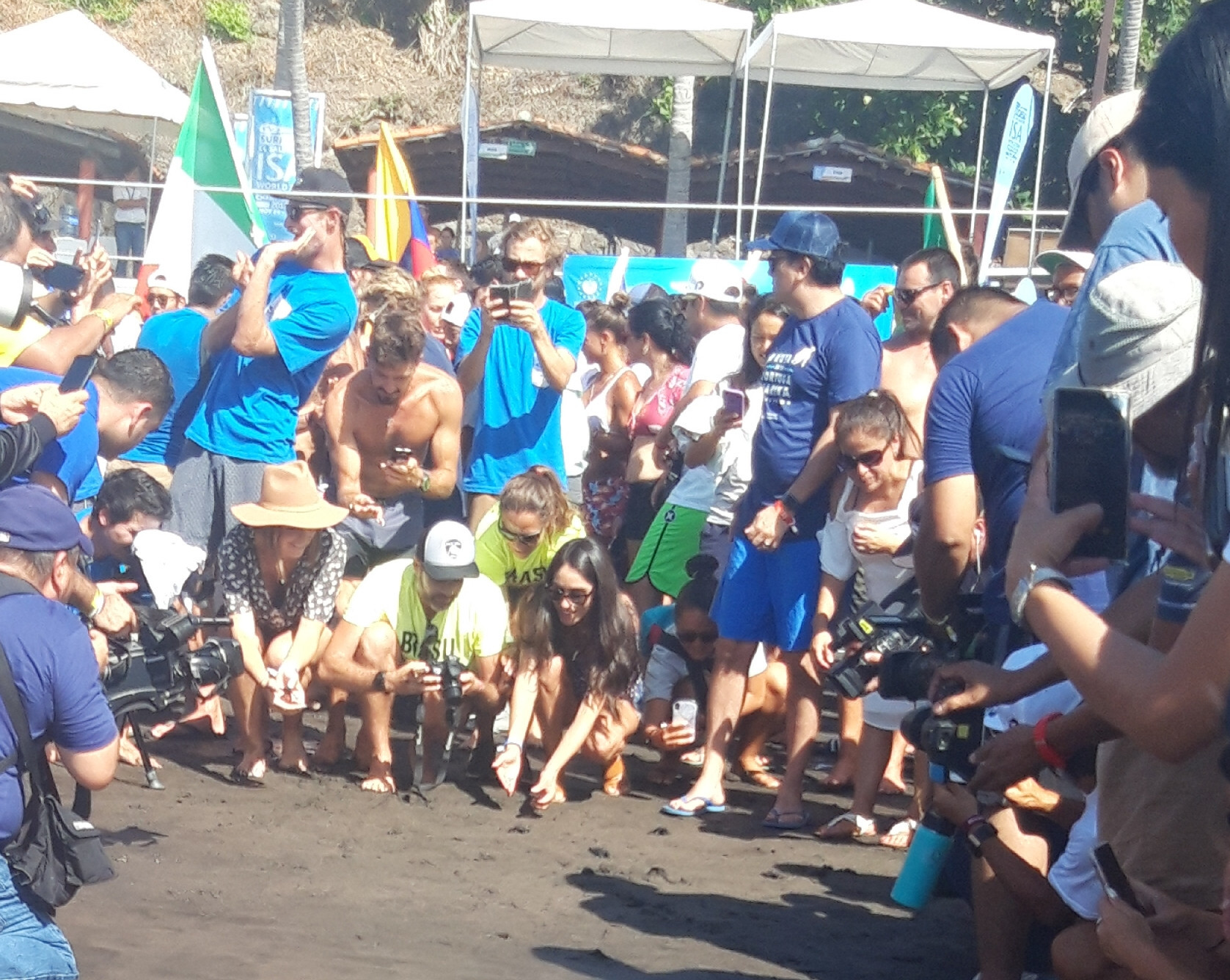 Double gold medallist Esperanza Barreras has praised Salvadoran conservation efforts, after joining in a ceremony to release 200 sea turtles back to the ocean here at El Sunzal beach.

Spaniard Barreras won the standup paddle (SUP) distance and technical races at the International Surfing Association World SUP and Paddleboard Championship, and says respect must be shown for those creatures living in the world's oceans.

After releasing several of the 200 turtles back to the water, she told insidethegames: "We spend a lot of time in the water and we want to keep it clean so for us the environment is really important.

"This is the best way to show it with all the athletes uniting to help out."

Barreras said the environmental efforts have really taken off back in Spain and she would like to see more people getting involved.

She explained that a hashtag for 'NOPlasticsTEAM' has been a big success and helps to push the message on social media.

"In restaurants when you ask for food, too many places give you plastics and we don't want that," she added.

"We prefer to use paper or any other materials that can be recycled.

"Now more people follow us with regards to the environment, but we need more people taking care of the ocean and the animals."

Today sea turtles were released as part of the 2019 #SurfCity #ElSalvador #ISAworlds, showing everyone on the beach and watching online that we can make #ABetterWorldThroughSurfing!

Returning the sea turtles to the ocean on the penultimate day of competition in Surf City is just part of a wider project that has seen five million sea turtles safely navigated back to the sea.

"We have established 25 sea turtle hatcheries across the coastline and the local communities will take charge of them.

"We have four species of sea turtles that visit our beaches from the seven species that exist in the world.

Hasbun said the Government-led scheme is breaking barriers with its cross-departmental tourism work.

"The sea turtle will become the icon of conservation and that is what we are looking forward to," he added.

"Through this event we are sending the message and education of our efforts.

"From every 1,000 sea turtles that are born, just one goes up to the reproduction age, so after 20 years, just one makes it.

"The sea turtle will face many obstacles, so the project helps to maintain its population.

"It is the gardener of the ocean and if we protect the sea turtle, we are protecting the entire ocean pyramid of conservation."