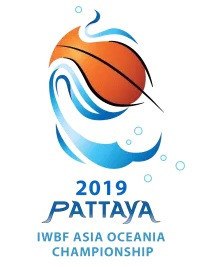 Australia beat South Korea to get their campaign at the International Wheelchair Basketball Federation Asia Oceania Championships off to a winning start in Pattaya.

Iran also began with a victory as they defeated China 64-60 in a hard-fought contest.

In the other match in the top group, Japan thrashed Thailand 64-37.

Four places in the wheelchair basketball tournament at next year's Paralympic Games in Tokyo are on offer at the event in the Thai city.

Australia made a strong start in the top division of the women's event, overcoming Japan 50-33 in their opening match.

Three places at Tokyo 2020 are at stake at the competition, which continues with the next round of fixtures tomorrow.