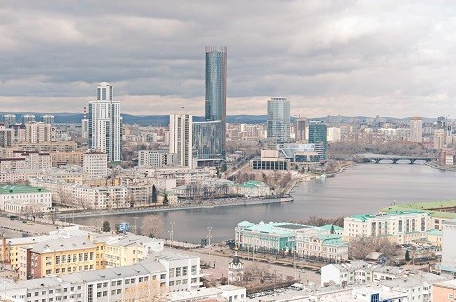 SportAccord has announced the Russian city of Yekaterinburg as host of the 2021 edition of their annual World Sport and Business Summit.

The event is due to take place between May 23 to 28 at the IEC Yekaterinburg-Expo convention centre.

The staging of sporting events in Russia has been put into doubt this week, amid the World Anti-Doping Agency (WADA) Compliance Review Committee's recommendation to sanction Russia for four years for non-compliance.

The proposed sanction may see sporting events awarded to Russia stripped from the country during the four-year period, with sporting bodies prohibited from awarding Russia events.

The annual SportAccord was last held in Russia in 2015, when Sochi served as host.

"The beautiful city of Yekaterinburg will be an ideal host for the 19th edition of SportAccord," Raffaele Chiulli, President of SportAccord and Global Association of International Sports Federations, said.

"This will allow the world of sport to come together for the third SportAccord World Sport & Business Summit in the sport-loving country of Russia, facilitating unity, friendship and building joint bridges for athletes and the future development of sport.

"Yekaterinburg is a city that has sport at its heart and will provide plenty of attractions and interests to keep delegates entertained and engaged for what I'm sure will be an outstanding and memorable event.

"I would like to express my sincere thanks to the Russian Federation for embracing SportAccord once again."

China's capital city Beijing is set to host the World Sport and Business Summit in 2020.

The week-long summit is scheduled to take place from April 19 to 24.

Considered one of the key dates in the sports business calendar, the Summit brings together event organisers, governing bodies and other influential figures in sporting politics.

Evgeny Kuyvashev, the Governor of the Sverdlovsk Region, has claimed attracting global sports events to the region will boost growth.

"Yekaterinburg is known for having strong traditions in sports and we are glad that the leading international sports federations and organisations will get an opportunity to see what our wonderful city offers, when we welcome them in 2021," Kuyvashev said.

"Sports become a key topic for Yekaterinburg, as well as for the Sverdlovsk Region.

"Attraction of global sports events shall not only stipulate healthy living standards for people, but it will become an important point of growth.

"We think that the SportAccord 2021 will become a starting platform for interesting events in the future."