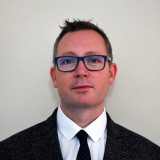 As the sun sets here in El Salvador on eight days of competition at the International Surfing Association World StandUp Paddle (SUP) and Paddleboard Championship, a new dawn is just around the corner for surfing.

With the Olympics only eight months away, the ISA is busy preparing for its debut at the pinnacle event on the 2020 sporting calendar.

Already, though, work is going on behind the scenes to build beyond Tokyo 2020.

Shortboard will form the competition in Japan next year, but if the last eight days have shown anything, it's that a hidden gem is about to be unleashed.

A huge project is underway in Central America to develop surfing and, despite the short turnaround time for delivering the Championship - just two months - El Salvador exceeded all expectations, even those of the ISA.

It saw competition in sprint, distance and technical race formats, before the SUP surf finale brought the crowds to the El Sunzal beaches in their masses.

While shortboard will open the door to the Olympic Movement, there is an overwhelming feeling that SUP will be the catalyst for the future of the sport on a global scale.

Of course, no tournament can ever go without a hitch and there are lessons to be learnt for the ISA from the 2019 World Championship.

On day two in El Salvador, the women's 18 kilometres distance race descended into chaos when 15 competitors skipped a buoy, heading off for buoy four from the second marker.

Leader Esperanza Barreras and those who followed her had to complete a fourth 6km lap to make amends, with the Spaniard still making up enough time to lap the slower racers in the field to clinch an energy sapping world title.

🤦🏼‍♀️ Yep, I totally blew it today! As I came in for my final lap, totally stoked thinking I was about to capture a silver medal, I found my teammates screaming at me to “do another lap! 😳”. I was like “why?” I then proceeded to paddle in circles for almost 10 mins trying to figure out why I needed to go again, as I was certain I was done. Apparently the top 15 or so paddlers missed a buoy on the second lap, so in order to fully complete the course correctly we all had to do a fourth lap. We had already paddled 18k (11miles)in extreme heat, and now we were supposed to do another 6k (3.2miles). I had nothing in me for another lap. Honestly I was elated at the race I had paddled, putting me in 2nd given all my injuries and current fitness. I had three great waves on the first three laps and I feel good about how I paddled. But a 4th lap 😳...I had nothing. And I certainly wasted a lot of time trying to figure out “why” I had to go again. Well, I did the 4th lap and ended up 11th 😔. There are a lot of lessons to be learned from this, that I will continue to process over the next day or so. The biggest one is that I regret not immediately trusting my team and just doing the 4th lap right away. I was in shock really. My body is toast, but I’ll give it another go in the tech race and surfing. Congrats to the winners! Grateful that I was still able to get some points for my team. Go USA 🇺🇸🙏🏼. #teamusa #epicfail #isaworlds #surfcity #usasurfing #godisgood #cando #allthings #phil413

The scenes could have forced a divide between athletes and officials, but on reflection most athletes held their hands up to their own mistake.

A managers' meeting, race instructions and pre-race briefing showed the impetus was on the athletes and their teams to know their course.

Refreshingly, one of the world's finest SUP stars, Candice Appleby, took to social media to call out her own error and frustrations.

ISA executive director Robert Fasulo said internal consultation with athletes and officials has already commenced, and from the organisation I've seen this week at the Surf City tournament, it's hard to see how it won't be rectified for future competitions.

Just eight months lie between the Championship concluding tomorrow and the Olympic Games in July.

ISA President Fernando Aguerre is confident of SUP becoming an Olympic discipline and with the French and United States leading the way, and having the staging rights in Paris and Los Angeles 2028, it's hard to disagree.

Tokyo 2020 will open the doors for surfing to a global audience once more - and SUP is a discipline that can attract a much larger audience.

I had the opportunity to give SUP a try here in El Salvador, not having been on a surfboard for almost 15 years.

Not at all, but it certainly came through as a sport that would transfer to the wider public.

The Guatemalan Surfing Association had nine competitors at these Championships, the youngest was 13, the eldest 64.

Team manager Pedro Vergara Barrios explained that several of his team started out on lakes and rivers around Guatemala, before the association introduced them to the ocean.

The Central American surfing revolution is rolling along and the key has been discourse.

Minister for Tourism in El Salvador Morena Valdez spoke of Surf City's five-year project to not only develop surfing in her country, but also the fortunes of its people by making the most of its natural habitat, the North Pacific Ocean.

Several meetings were held between Guatemala in the north and El Salvador and Panama in the south as the federations came together to open discussions on shared resources.

The culture of surfing seems to fit with Olympic ideals and values and it looks like the sport's Olympic journey is set for a rapid expansion.

The major stumbling block could be the ongoing dispute with the International Canoe Federation (ICF) over the governance of the discipline.

The ISA claim to have laid the foundations for surfing, while the ICF maintain they have historical ties.

Last year, the ICF attempted to host a World SUP Championships in Portugal, but were forced to cancel after the Portuguese Court of Arbitration for Sport (CAS) ruled the country's national surfing body had exclusive control of the discipline.

In October, the ICF World Championships were held in the Chinese city of Qingdao, but further ructions were caused when the ISA accused the ICF of using its footage to promote the competition.

The promotional video was later removed from the ICF's YouTube page, with screenshots said to be from videos shot by the ISA at their own SUP World Championships on China's Hainan Island in 2018.

The two federations appeared before CAS last month where they put forward their arguments to take the sport forward.

For the good of everyone involved in SUP racing and surfing, it needs a speedy resolution.

The International Olympic Committee will not touch SUP while a feud continues and for the athletes involved, many of whom harbour Olympic ambitions, the quicker CAS reach their decision, the sooner everyone affected can move on.

Many athletes competing in El Salvador also took to Chinese waters for the ICF World Championships, saying anything that allows them to compete and raise the profile of the sport is something they will get on board with.

For American surfer Zane Schweitzer, the roots of the sport must stay with the ISA.

He says the ocean is his playground and any attempt to take SUP inland again would break the spirit of the sport's culture.

We have just two days of competition to go here in El Salvador.

Tomorrow afternoon, France, Spain and the United States will bid to seal the overall team Championship.

A French victory would not do SUP's Olympic ambitions any harm, with the Paris 2024 Games sitting on the horizon.