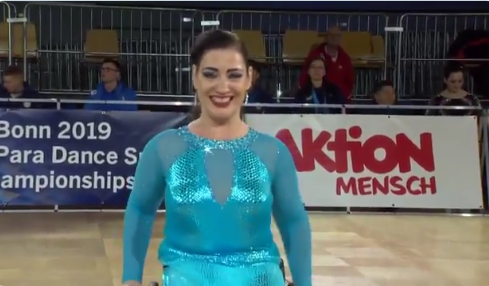 Russia's Galina Ryzhkova produced one of the stand-out performances on the opening day of the World Para Dance Sport Championships in Bonn, beating defending champion Olena Chynka of Ukraine to the women's singles class two title.

The 2015 world champion scored 6.0 points to Chynka's 9.0 at the German city's Hardtberghalle.

Rounding off the podium was Russia's Aleksandra Berdnik with 15.0 points.

There was also success for Russia today in the duo Latin class one event, through Iuliia Davydova and Igor Davydov.

Among today's other winners was Ukraine's Illona Slugovyna in the women's singles class one.

Action in Bonn is due to continue tomorrow.

The World Para Dance Sport Championships is the first major Para-sport event to take place in Bonn, which has headquartered the International Paralympic Committee since 1999.