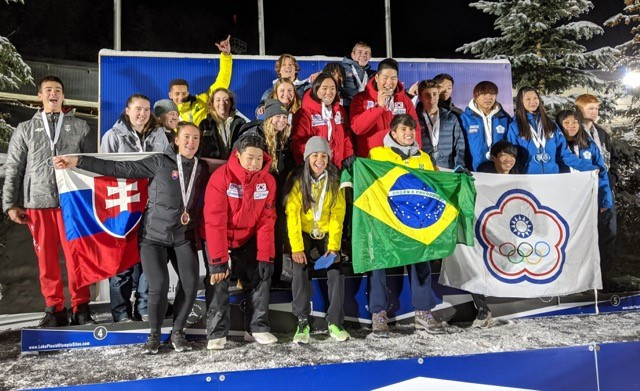 Races number five and six of the Omega Youth Monobob and Skeleton Series have taken place in Lake Placid, bringing qualifying for next year's Winter Youth Olympic Games (YOG) in Lausanne into its second-half.

A total of 26 athletes from 11 nations competed in the village in New York State's Adirondack Mountains.

Slovakia’s Viktoria Cernanska took the women's lead in the monobob with her third and fourth wins in the series.

South Korea's Kim Jimin was a two-time winner in the men's races.

Races have already taken place in Norwegian town Lillehammer and Königssee in Germany.

The last two are due to take place in Park City on December 7 and 8.

The four best results achieved by athletes from the eight races will form the International Bobsleigh and Skeleton Federation youth ranking list.

The YOG quota spots per nation are determined from this.

At Lausanne 2020, scheduled to be held from January 9 to 22, a total of 40 skeleton and 36 monobob athletes will compete, with gender equality in both sports.