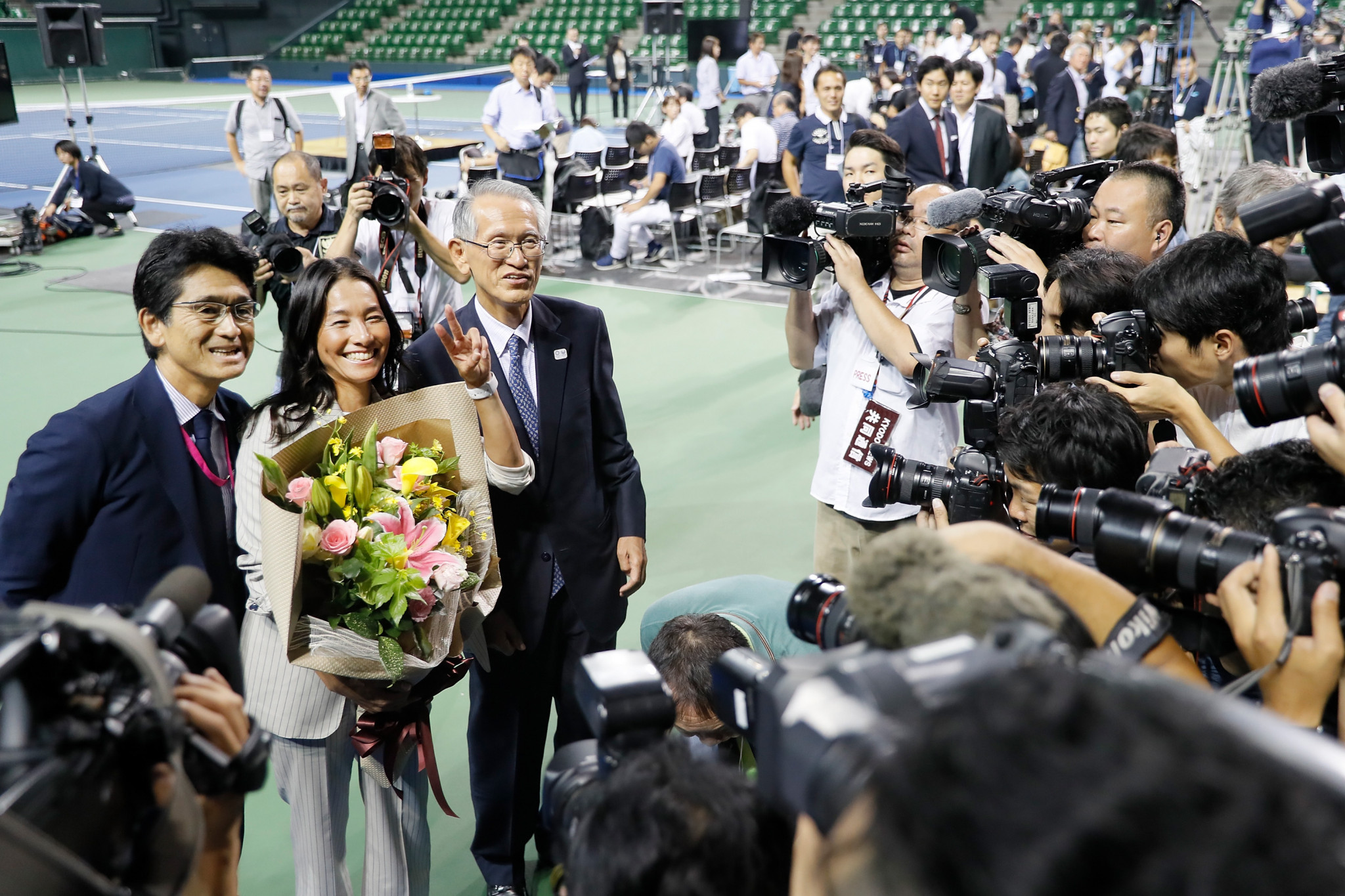 The 62-year-old, who moved into his current position within the JOC in June, is senior executive director of the Japan Tennis Association and a retired tour tennis player.

He was an official of the Japanese delegation at the last two Summer Olympic Games - London 2012 and Rio 2016 - and was the nation's Deputy Chef de Mission at the 2018 Asian Games in Jakarta and Palembang in Indonesia.

"It is an absolute honour to be appointed to this huge role," Fukui, the head coach of Japan's tennis team at the Barcelona 1992 and Sydney 2000 Olympics, was reported as saying by the Olympic Channel during a press conference at the JOC headquarters.

"The weight of the responsibility is nothing short of overwhelming.

"An Olympics in your home country maybe happens once every 50 years, a century.

"I will give this everything I have and, in doing so, I want to emphasise the spirit of harmony.

"We must go into the Tokyo 2020 Olympic Games with our spirit unified."

Despite it being an ambitious target for Tokyo 2020, Fukui believes it is achievable.

"It's my chief responsibility to create an environment where everyone in the delegation can chase their dreams to his or her fullest and if I can do that, I am confident we will hit our target," he said.

He agrees with Fukui that the target is a realistic one that Japan can reach.

It is also expected to perform well in all sports being added to the Olympic programme for Tokyo 2020: baseball/softball, karate, skateboarding, sport climbing and surfing.

"Our goal is to still win 30 medals and we are fully aware it will not be easy to attain," Ogata was reported as saying by the Olympic Channel.

"But if we can capitalise on the advantages of being hosts and neutralise any disadvantages, we can achieve it.

"At the various world championships over the last two years, we have won a combined 17 gold medals and 27 silvers, but some of those silvers were very close to being a gold.

"Our mission for the Games will be turning those silvers into golds and if we can manage that, 30 gold medals is well within our reach."

There had been calls to appoint JOC President Yasuhiro Yamashita as Chef de Mission, but Fukui claimed taking on the two positions would have been near impossible for the Los Angeles 1984 Olympic gold medallist.

"Indeed, some pushed for President Yamashita to lead the delegation," he added.

"But as JOC President, he has the task of welcoming all the NOCs (National Olympic Committees) next summer and that is an enormous job on its own.

"I think if he was named Chef de Mission, he would have given it his all in the position which would have made taking on both roles extremely difficult."