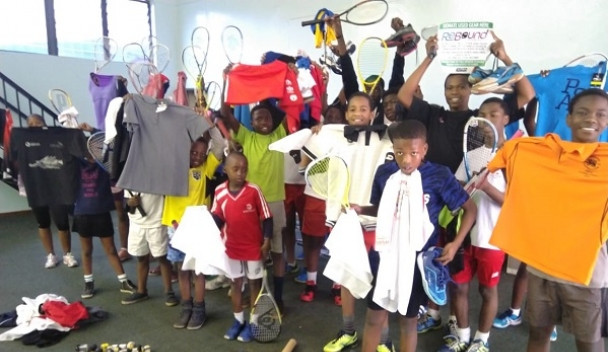 Proceeds from this year's World Squash Day auction will go towards the Professional Squash Association (PSA) Foundation, it has been announced.

The auction, launched on Sunday (November 24) and running through to December 1, sees signed squash memorabilia go up for grabs on the World Squash Day Facebook and Twitter channels.

Fans can put in their bids via Facebook comments, replies to tweets, private messages or email.

The proceeds will go towards helping the PSA Foundation fulfil its charitable endeavors.

The PSA Foundation is the philanthropic arm of the PSA and its mission is to inspire the next generation of squash players, to foster the growth of the sport by making a positive impact on the communities that it reaches, and to support the well-being of the professional players that spearhead this effort.

Its Rebound initiative has donated used squash equipment to urban programmes across the world.

The World Squash Day auction is currently in its fourth year after beginning in 2016, when it partnered Unicef, and it has helped raise money for worthwhile causes in the intervening years.

Last year, the auction was held in conjunction with the inaugural John Batty Squash Tournament in English city, Leicester.

It raised funds for the renowned squash coach's chosen good cause, the chemotherapy unit at Bronglais Hospital in Aberystwyth in Wales.

Batty lost his battle with cancer early this year, but was said to be proud to be able to hand over a cheque for nearly £4,000 ($5,100/€4,700) to the unit towards the end of 2018, including all the funds raised via the tournament, the auction and his own fundraising activities.

This year, the auction will again offer some "amazing" lots thanks to the enthusiastic contributions from the stars of the PSA Tour.

Leading the items up for grabs is a World Squash Day T-shirt which has been signed by many of the players who competed at the season-opening PSA tournaments, the Open de France in Nantes and the Netsuite Open in San Francisco.

Other lots include a 2019 Allam British Open tournament poster, signed by a huge array of players who participated in Hull in May.

Also available will be the match ball used in the British National Championships final between James Willstrop and fellow Englishman Daryl Selby in Nottingham in February, signed by both players.

Selby has also donated one of his signature 305 Squash playing shirts, used and signed by him.

The auction follows the success of the 2019 World Squash Day on October 12.