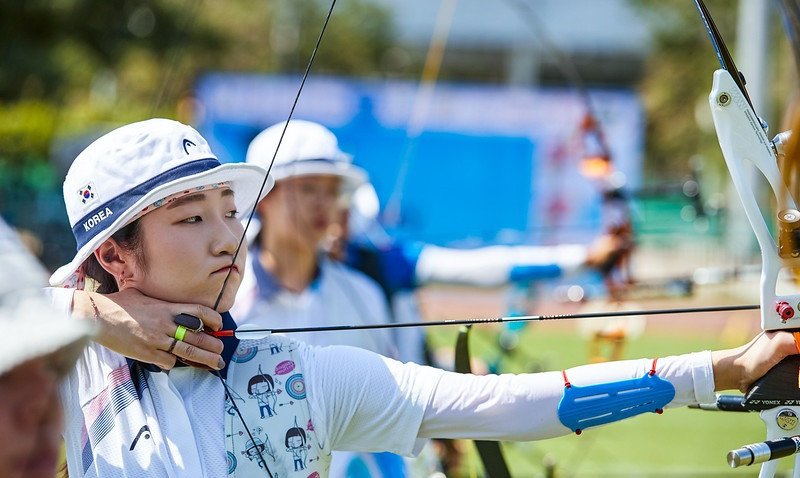 South Korean athletes will feature in all four individual finals at the the 2019 Asian Archery Championships in Bangkok, also a qualifying tournament for the next year's Olympic Games in Tokyo.

Top seed and world number one Kang Chae-young made the final of the women's recurve, defeating Cao Hui of China 6-2 to progress at the Rajamangala National Stadium in Thailand's capital.

She will face another Chinese opponent in the gold-medal clash, with Zheng Yichai easing past Ziyodakhon Abdusattorova of Uzbekistan 6-0.

Olympic champion Kim Woo-jin won his men's recurve semi-final 7-1 against Atanu Das of India, competing under World Archery due to the ongoing suspension of the Archery Association of India.

His opponent is set to be fellow South Korean Lee Seok-woo, who narrowly beat compatriot Oh Jin-Hyek 6-5, having triumphed in a shoot-off.

It will also be an all-South Korean final in the women's compound event.

The finals of the women and men's recurve and compound individual and team events are scheduled for tomorrow, when the competition concludes.