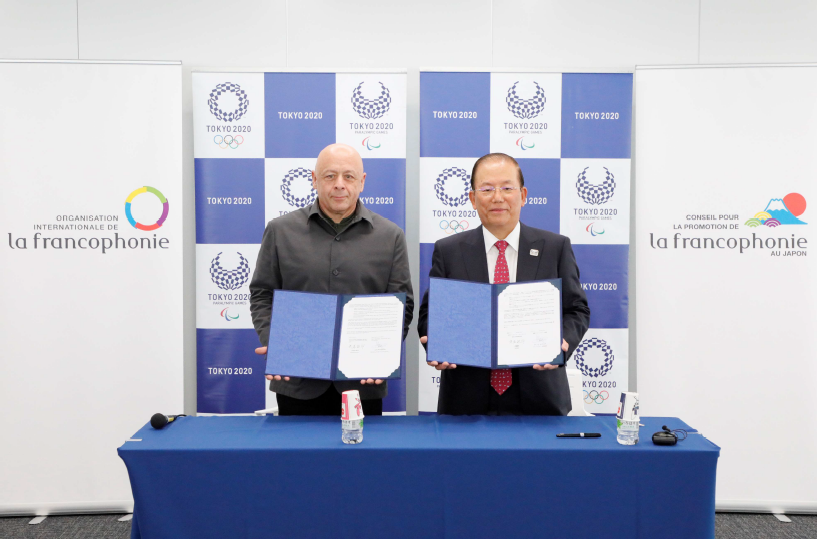 Tokyo 2020 has signed a Memorandum of Understanding (MoU) with L’Organisation Internationale de la Francophonie to encourage the use of French during next year’s Olympic and Paralympic Games.

The agreement with La Francophonie marks the status of French as an official language of the International Olympic Committee (IOC).

The Olympic Charter states that French and English are the official languages of the Games.

The former is owing to Pierre de Coubertin being the founder of the Modern Olympic Games.

Tokyo 2020 have committed to establishing a French version of their official website, as well as working to promote French culture.

“La Francophonie welcomes the Tokyo 2020 commitment to respect the Olympic Charter with regard to official languages, of which French is an integral part,” Mushikiwabo said.

“This commitment reflects our shared vision for a world that respects linguistic and cultural diversity.

“I am particularly pleased with this concrete collaboration in favour of the French language and the influence of the Francophonie at the Tokyo 2020 Olympic Games.

“It reflects the mobilisation of the Francophonie, to make the upcoming Olympiads an essential event in which all 88 member states and governments of the Francophonie and the 300 million speakers of this language will recognise each other.”

The Memorandum will be in effect until December 31 next year.

La Francophonie, an international organisation based on the shared language of French and common values, say there are 300 million French language speakers in the world in 2019.

“Tokyo 2020 welcomes the signing of this Memorandum of Understanding encouraging the use of French and promotion of French culture at the Tokyo 2020 Olympic and Paralympic Games,” Muto said.

“With the collaboration of the International Organisation of Francophonie, we hope that the three concepts of the Tokyo Games, namely “Achieving Personal Best”, “Unity in Diversity”, and “Connecting to Tomorrow”, as well as our philosophy of peace, will be transmitted to more people in the world through use of the French language.”