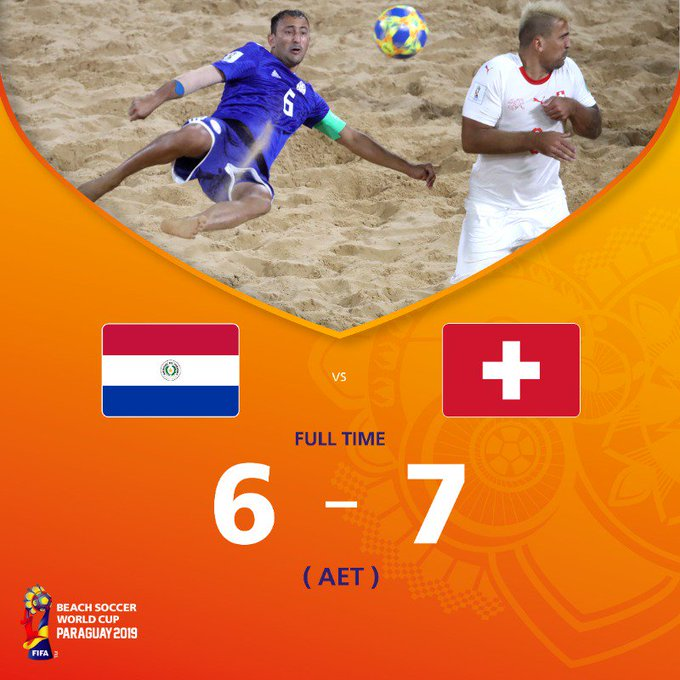 Hosts Paraguay were eliminated from the FIFA Beach Soccer World Cup after suffering an extra-time defeat against Switzerland as group matches continued in Asuncion.

Paraguay had lost their opening Group A match to Japan due to a goal in the final second of the match at the Estadio Mundialista "Los Pynandi" in Luque.

Their misfortune continued against Switzerland, after a closely fought match eventually resulted in a 7-6 extra-time defeat.

The result confirmed Switzerland’s place in the quarter-final stage of the competition, alongside Japan.

Japan had also recorded their second victory of the tournament by overcoming the United States 4-3.

Tahiti bounced back from their opening day defeat in Group B, with the two-time runners-up recording a 6-1 win over Mexico in Group B.

Uruguay edged Italy 4-3 in the second match of the day in the group.

The South Americans top Group B with two wins, with Italy and Tahiti looking set to battle for the runners-up spot.

The tournament is due to continue tomorrow with the second round of matches in Groups C and D.