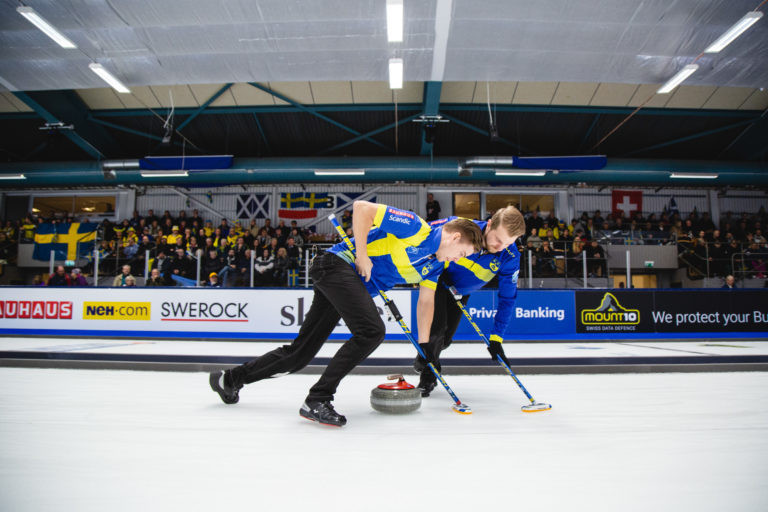 Sweden were crowned winners of the men's and women's events, as the European Curling Championships came to a dramatic conclusion in Helsingborg.

Sweden's women, the defending champions and reigning Olympic gold medallists, scored two points with the final stone to edge out Scotland 5-4 in a tense gold-medal encounter at Olympia Rink.

Skip Anna Hasselborg's perfect runback with the last stone of the competition overturned a 4-3 deficit and ensured the hosts retained their continental crown.

It was a heartbreaking end to the tournament for 2017 winners Scotland, who beat world champions Switzerland to reach the final.

Sweden's men took the title in contrasting fashion as they thrashed Switzerland 9-3 in a one-sided contest.

An unbelievable final end is finished off with a perfect runback to score two points for the win! 🇸🇪🏆#ECC2019 #curling pic.twitter.com/xeCvCPiPIQ

The victory for Sweden, skipped by Niklas Edin, completed a perfect record for the home team as they went unbeaten throughout the event.

It also means the Swedish rink now hold both the world and European titles.

"We played so amazing all week; I don’t think we’ve ever played better throughout a whole event.

"There were no close games.

"Looking back at it, it’s our most dominant win ever and doing that at the European Championships feels unreal."