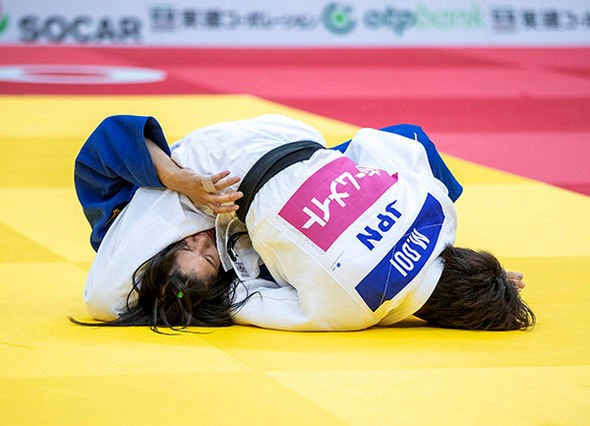 Masako Doi successfully defended her women's under-63 kilogram title in a competition dominated by Japanese athletes.

Doi boosted her Tokyo 2020 prospects by holding down compatriot Nana Kota for an ippon score.

A close women's under-70kg final saw Yoko Ono emerge as the winner of the competition.

Ono appeared to have beaten The Netherlands' Kim Polling with a waza-ari score, but a video review saw the decision reversed by officials.

A golden score period was required to separate the two, with Ono eventually securing a match-winning ippon.

A slip from Hashimoto would prove crucial, with Ebinuma able to hold his compatriot to secure an ippon.

Japan's Takanori Nagase boosted his prospects of representing the host nation in the men's 81kg event at Tokyo 2020.