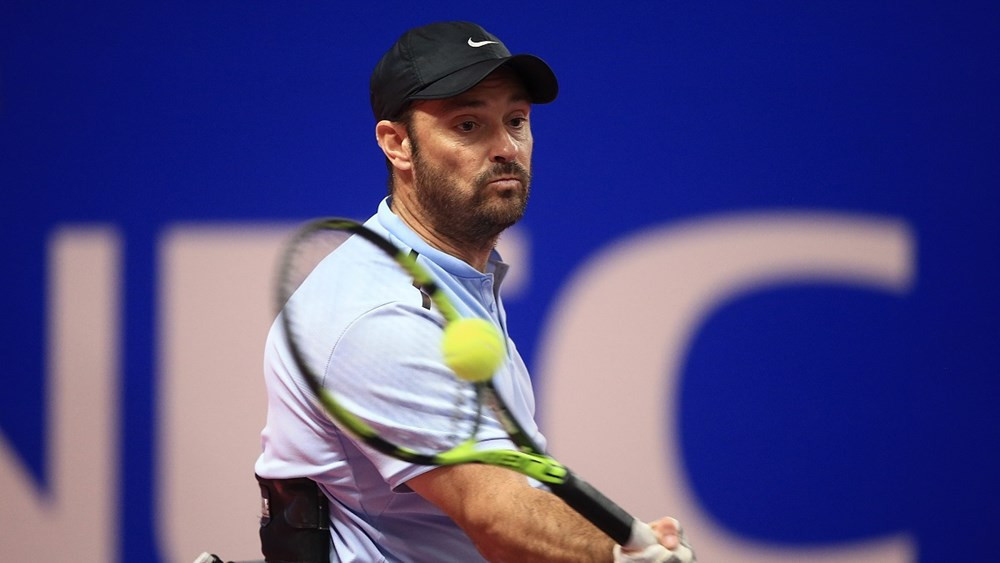 The home favourite had begun the tournament with a hard-fought three set win against Sam Schroder of The Netherlands.

He saw off the challenge of Australia's Heath Davidson 6-4, 6-1 to top the Group B standings.

Schroder finished in second place in the group.

Lapthorne still came second ahead of Japan's Koji Sugeno, ensuring him a place in the knockout stages.

The duo overcame the Americans Chris Herman and Conner Stroud 6-1, 6-0 to finish top of Group A.

Stéphane Houdet and Nicolas Peifer qualified in second place after the defending champions received a walkover in their final group match.

The Netherlands' Tom Egberink and Maikel Scheffers finished top of Group B on sets won, after three teams ended with two wins and one defeat.

David Wagner scores a second victory in the NEC Wheelchair Masters at the USTA #NationalCampus with a 6-4, 6-1 victory.#TeamUSATennis pic.twitter.com/8BY6w3NP3z

Montjane and Kruger topped the standings ahead after their victory.

Favourites Diede De Groot and Aniek Van Koot of the Netherlands were 6-1, 6-1 winners against Britain's Lucy Shuker and Jordanne Whiley.

The Dutch pairing finished at the top of Group A after winning both of their group matches.

The knockout stage of the competition begins tomorrow.