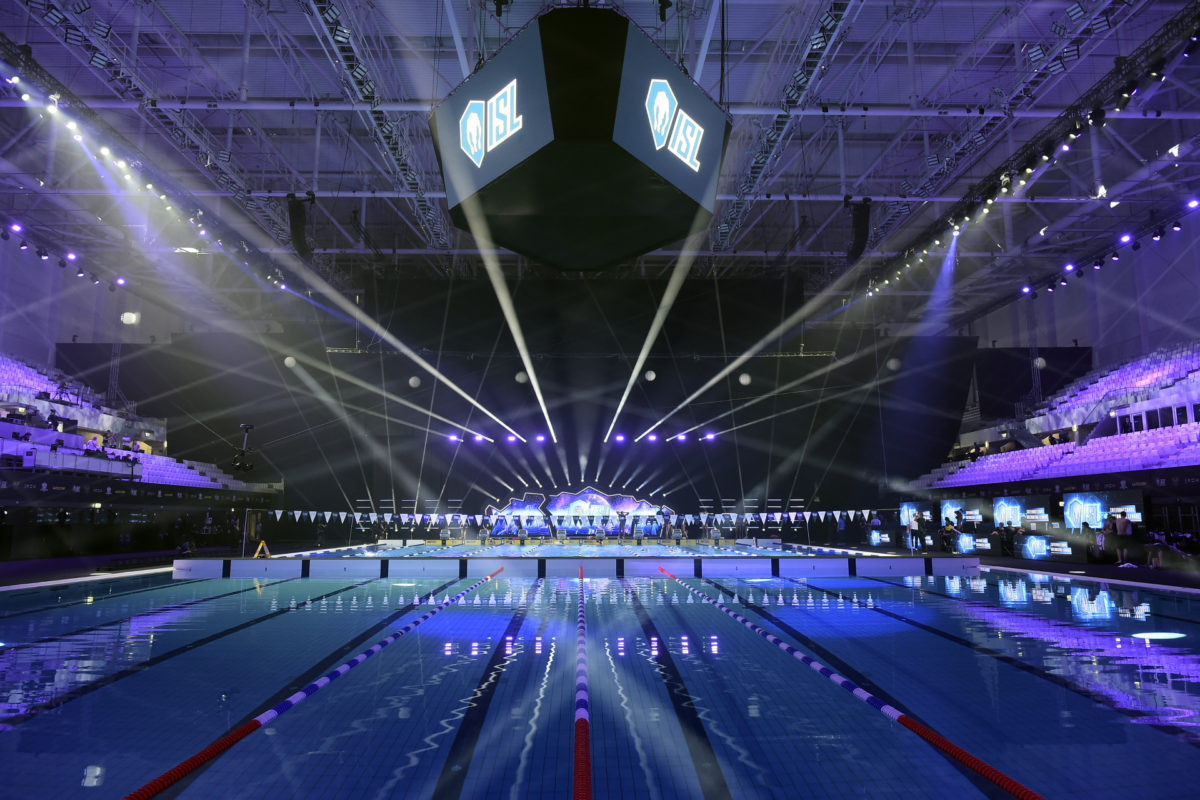 The London Roar and Energy Standard will put their unbeaten records on the line when they meet each other for the first time at the International Swimming League (ISL) match in London this weekend.

Both clubs come into the European derby at the London Aquatics Centre with perfect 2-0 records and eight points in the ISL standings.

Turkey-based Energy Standard triumphed in Indianapolis and Naples, while the London Roar tasted victory in Lewisville and Budapest.

They will be joined in England's capital by Aqua Centurions and Iron, who sit on match points of five and two, respectively.

The match will feature three swimmers who have won the Most Valuable Player (MVP) award this season: Sweden's Sarah Sjöström of Energy Standard, and Russia's Vladimir Morozov and Hungary's Katinka Hosszú of Iron.

Sjöström comes in as the favourite to claim the award a second time, as she has a great chance to win four individual races and the women's skins, and also participate in some fast relays.

But the field the 26-year-old Swede will face in the skins - a three-round 50 metres freestyle eliminator worth up to triple points - and sprint freestyle events will be tougher than what she has faced to date.

Her two biggest challenges come in the form of Australia’s Cate Campbell of London Roar and The Netherlands' Ranomi Kromowidjojo of Iron.

Kromowidjojo and Campbell have both been faster than Sjöström this season in the 50m freestyle, and Campbell and her London Roar team mate Emma McKeon of Australia have been quicker in the 100m freestyle.

The two events are expected to be the most competitive so far in the ISL.

Morozov, meanwhile, will face a stacked line-up in the men's sprint freestyle events and is highly unlikely to be able to pick up the odd breaststroke win with the likes of Great Britain's Adam Peaty of London Roar in the field.

For Hosszú, she was able to take the MVP award in Budapest when all of the sprint stars neutralised each other's point totals, and she took advantage by triumphing in some of the longer events.

Through five matches, she is still the only ISL athlete to secure the honour without competing in and winning the skins.

Much attention will also be on the clash between Peaty and Russia’s Anton Chupkov of Energy Standard in the men's 100m breaststroke.

Both men have only appeared in one ISL match so far.

Along with Peaty and Chupkov, the match also features other world-class male breaststrokers, including Chupkov's team mate Ilya Shymanovich of Belarus and Peaty's team mate Kirill Prigoda of Russia.

Also competing will be the Italian duo of Nicolò Martinenghi and Fabio Scozzoli from the Aqua Centurions.

The top-two Euro-based clubs in the ISL standings at the end of the match will advance to the ISL Final, in Las Vegas on December 20 and 21.

The top-two American clubs - the Cali Condors and LA Current - will join them in Las Vegas, where the first-ever ISL champions will be crowned.