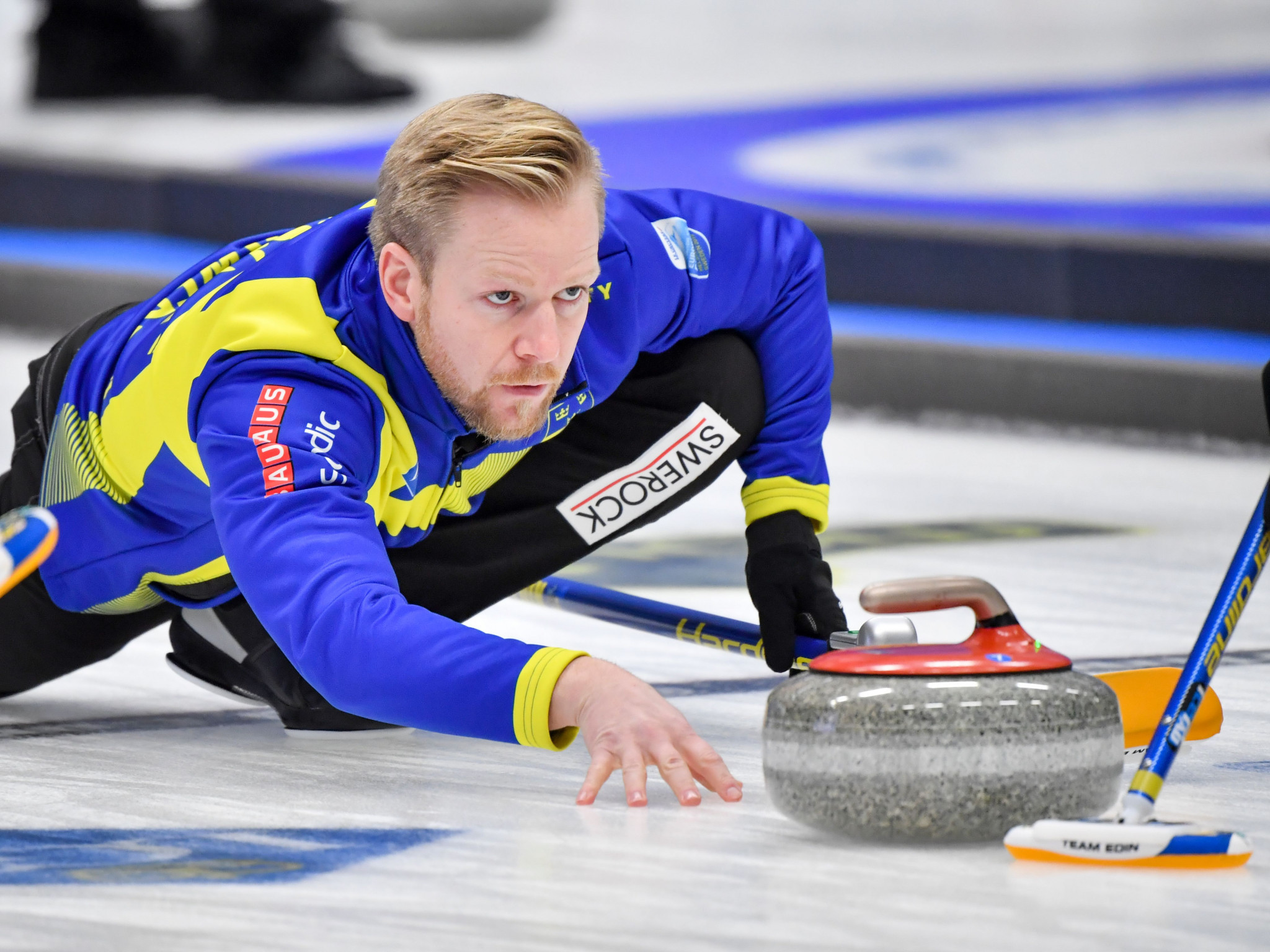 Sweden maintained their perfect record to secure a place in the men’s final at the European Curling Championships by knocking out defending champions Scotland in Helsingborg.

The men’s competition resumed with the final round robin matches at the Olympia Rink, with hosts Sweden facing Scotland in a repeat of last year’s final.

The result had left Scotland relying on other matches to secure their place in the semi-finals.

Following Italy’s 7-5 loss to Switzerland and Norway’s 5-4 win over The Netherlands, Scotland’s place was confirmed due to their superior head-to-head record.

Switzerland qualified as runners-up to Sweden, while Denmark progressed in third place.

It left Sweden and Scotland going head-to-head for the second time of the day, with their semi-final held in the evening session.

Scotland were unable to prevent a repeat result as Edin’s rink seized the initiative from the start by scoring two in the opening end of the match.

The Swedish team remained ahead throughout the duration of the tie and eventually sealed an 8-4 win by scoring two in the penultimate end, which led to Scotland conceding defeat.

Sweden’s perfect record will be tested by Switzerland in the gold medal match, after they recorded an 8-5 win over Denmark in their semi-final.

Denmark and Scotland will be forced to play for the bronze medal tomorrow.

The round robin phase of the women’s competition concluded today, with the semi-final qualifiers having already been determined.

Switzerland beat Latvia 9-3 to qualify in first place with eight wins and a solitary defeat.

Their opponents will be Scotland, who ended fourth in the standings.

Russia and Olympic champions Sweden will contest the second semi-final after ending second and third, respectively.

Russia will head into the match boosted by having beaten Sweden 8-6 in their final round robin match.

The two bottom teams in the men’s and women’s round robin stage both suffered relegation to the B-competition.

Russia and England were relegated from the men’s event, while Norway and Latvia suffered the same fate in the women’s.