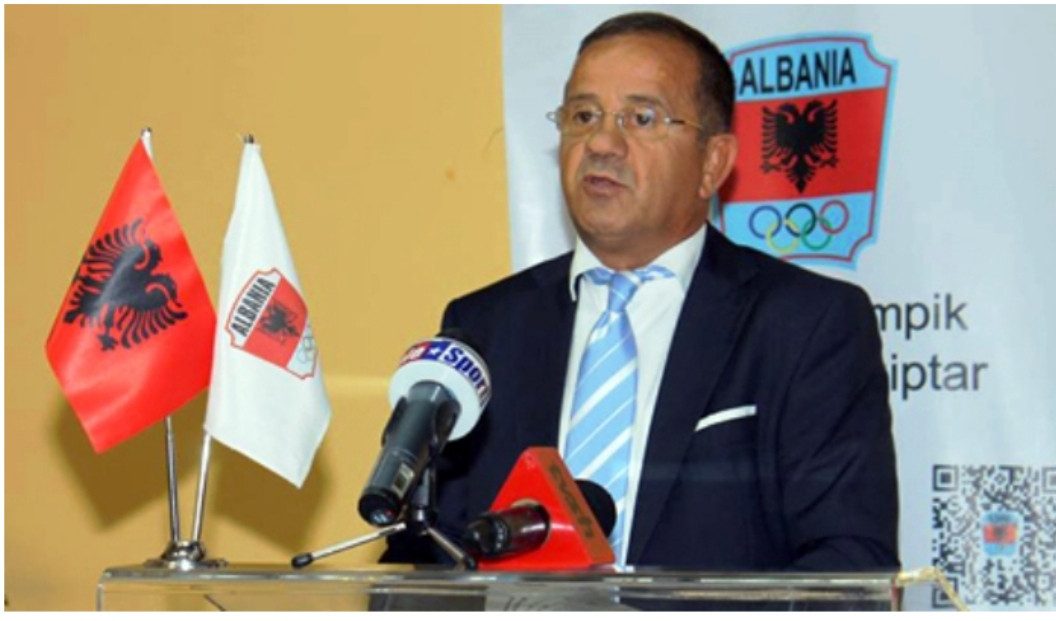 A "conflict of power" between the elected president of Albania's National Olympic Committee and the organisation's most senior paid administrator has led to a damaging and "baseless" series of allegations of financial crime and an attempted institutional coup.

The Albanian NOC president, Viron Bezhani, has released a statement claiming secretary-general Stavri Bello - who has held office since 1997 - was facing criminal charges and had been sacked because of "serious abuses, violations of the law".

Bezhani said Bello, whom he described as "former general secretary", had been dismissed and "has no relationship with the NOC".

Bello is, however, working as usual and was involved in development programmes for canoeing and weightlifting in Tirana on Thursday.

Speaking from the NOC offices, he told insidethegames that he was awaiting the all-clear from Albania's economic crime unit, which had not questioned him, but was duty-bound to investigate Bezhani's complaint.

All Bezhani's claims were baseless and "damaging to the image of the NOC", Bello said.

Last year, Bezhani made complaints against Bello and the NOC treasurer about administrative procedures and finance, but the case was dropped in court for lack of evidence.

"None of us knew anything about it until we were sent the official result, that Bezhani had lost," Bello said.

As for the latest complaint, he said: "We don’t have access to information from the Directory of Economic Crime, but we have sent them all the documents and suggested they look at our website, because all the details are published there.

"They say they can't understand the complaint but are obliged to follow procedures.

"They have not invited us to see them, have not questioned us - all they are working on is his (Bezhani's) complaint."

Bello said the International Olympic Committee (IOC) was aware of the situation.

"They are trying to help us, and have always been close.

"We need to find a solution internally.

"This is just a conflict of power, and the image of the NOC has suffered.

"I have never experienced anything like this in 22 years at the NOC.

"Really I am so upset because I know the consequences for myself, for my career, my name, it's bad for my image to be connected with such things which never happened.

"But there is nothing I can say, I cannot change it."

Bezhani, whose term of office is due to end after the Tokyo 2020 Olympic Games, said in a statement that all sports bodies "should not interact" with Bello.

Former wrestler Bezhani said young athletes had been victims of theft because tax was taken from their scholarship grants, and that Bello was facing police charges - claims that have led to many headlines in the Albanian media about "chaos" and "scandal" at the NOC.

But no athletes have complained, said Bello, and no documentary evidence of impropriety has been presented by Bezhani.

"The President keeps complaining, but doesn't know exactly what to complain about - I am in doubt about his health.

"He wants to talk of scandal but he has no figures (to support his claims), no argument, no documents or anything.

"In our audit reports, which are also clear to see on our website, there is no money missing.

"The audit report was approved by our general assembly on September 21 2019.

"Not one athlete has complained."

In the past two months there have been many stories about the "scandal" of alleged impropriety, based on Bezhani's claims, in several Albanian newspapers.

But, said Bello, the trouble started in May 2018 when Bezhani wanted to send an under-qualified colleague to the Mediterranean Games in Tarragona, Spain, as Albania's chef de mission.

"This person didn't know foreign languages and the majority of the executive committee wanted one of the staff members who is experienced, knows foreign languages, has been to many Olympic Games, works well with computers and who registered the team with the organising committee of the Mediterranean Games," Bello said.

"The President did not want to respect the internal democracy of the committee, and this conflict of power has continued (since then).

"He wants to take decisions himself.

"In our statute the President represents the NOC with a third party but he has no other competences - he is the same as other executive committee members."

The majority - eight to three, one of whom was Bezhani's proposed chef de mission - held sway and the staff member took the role.

Bezhani's latest complaint is that the NOC administration has taxed athletes on their scholarship funding, which is provided by Olympic Solidarity, with further support from the NOC.

"We have a law that says we have to pay tax for everything, even on scholarships," Bello said.

"We need to justify the amount we are giving to the athlete, for rent of training halls, for transport, for food."

The amount of tax depends on the level of expenditure detail provided by the seven athletes on Olympic Solidarity funding, Bello said.

He pointed out that the current executive committee, constituted in June 2017, included a lawyer and other professionals who have no conflicts of interest, who respect the code of ethics, and who - unlike their predecessors - take no fees for their work.

Bezhani, who was elected for four years in 2012 and again in 2016, cannot stand for a third term after the Tokyo Olympics.

"He knows he has no majority," Bello said.

"We are living in a time of fake news, when people sometimes believe the fake news rather than the real news.

"He has an external consultant who does not know how we work."

Albania, which has never won an Olympic medal in any sport, hope to send a team of seven to nine athletes to Tokyo and, said Bello, the NOC administration needs help with preparations from the executive committee.

The dispute is causing damage to the NOC's image, and delaying progress with plans for Tokyo, according to Bello.

He hopes to organise an extraordinary meeting of the committee in the hope of finding an internal solution to the "conflict of power".

"We are focused on our day-to-day working, but unfortunately this has created damage," he said.