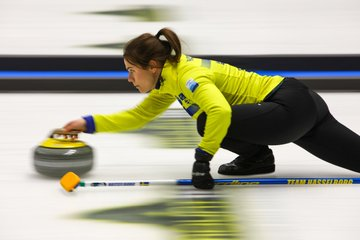 Semi-finalists in the women’s event at the European Curling Championships were decided as four teams maintained their impressive records in Helsingborg.

Defending champions Sweden, Russia, Scotland and Switzerland headed into the day locked in a four-way battle to lead the women’s standings at the Olympia Rink.

The morning session proved unable to separate the teams, as each recorded another victory to seal their places in the semi-finals.

Germany currently are the best ranked outside the top four, but their record of three wins and four defeats has ended any prospect of a semi-final spot.

Russia dented Scotland's record when the two teams went head-to-head in the evening session, as they earned a 10-5 win.

In the men’s competition, three teams lead the chase for the remaining spots for the semi-finals, behind already qualified Sweden.

Italy moved to joint second by beating The Netherlands 7-6, with their record now standing at five wins and three defeats.

Denmark and Norway are one win behind after winning matches against England and Russia, respectively.