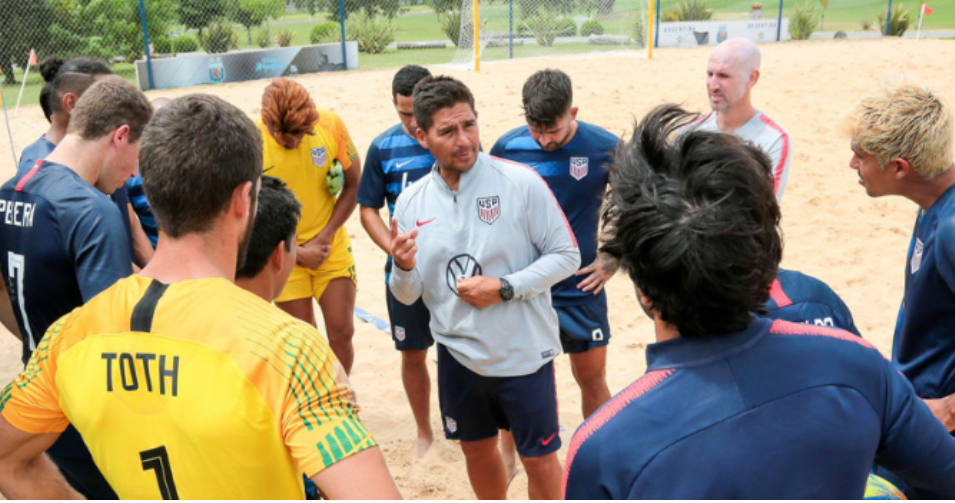 The 10th edition of the FIFA Beach Soccer World Cup kicks off in Paraguay tomorrow, with 16 teams vying for glory.

Previously known as the Beach Soccer World Championships, FIFA took over its governance in 2005, with this being the fifth tournament under the biennial basis.

Paraguay qualify as hosts, with 15 other teams from six separate continental competitions.

Brazil will be looking to defend their title at Estadio Mundialista "Los Pynandi", in the city of Luque.

They've been drawn in Group D alongside Oman, Portugal and Nigeria.

Hosts Paraguay will play Japan, Switzerland and the United States in Group A.

It's an important tournament for the Americans, who missed out on the last two editions of the event.

They qualified in dramatic fashion, defeating El Salvador only on penalty kicks in the semi-final of the 2019 Concacaf Beach Soccer Championship in Mexico.

"We were extremely unlucky not to qualify for the Bahamas World Cup [in 2017]," US head coach Eddie Soto told FIFA.com.

"That had a lot to do with an unfortunate red card to our captain in a crucial game.

"We have an experienced group, with players like Nick [Perera}, Chris [Toth], Oscar [Reyes] and Jason [Leopoldo].

"It's a group that's been together for a while that understands the system and has been playing well."

The US will be desperate to improve on their previous World Cup history, having yet to advance past the group stage.

Group B pits Uruguay and Mexico up against Italy and Tahiti.

The event kicks off with Group A and Group B matches tomorrow, with the winners and runners-up progressing to the quarter-finals.

The tournament concludes with the third-place match and final on December 1.