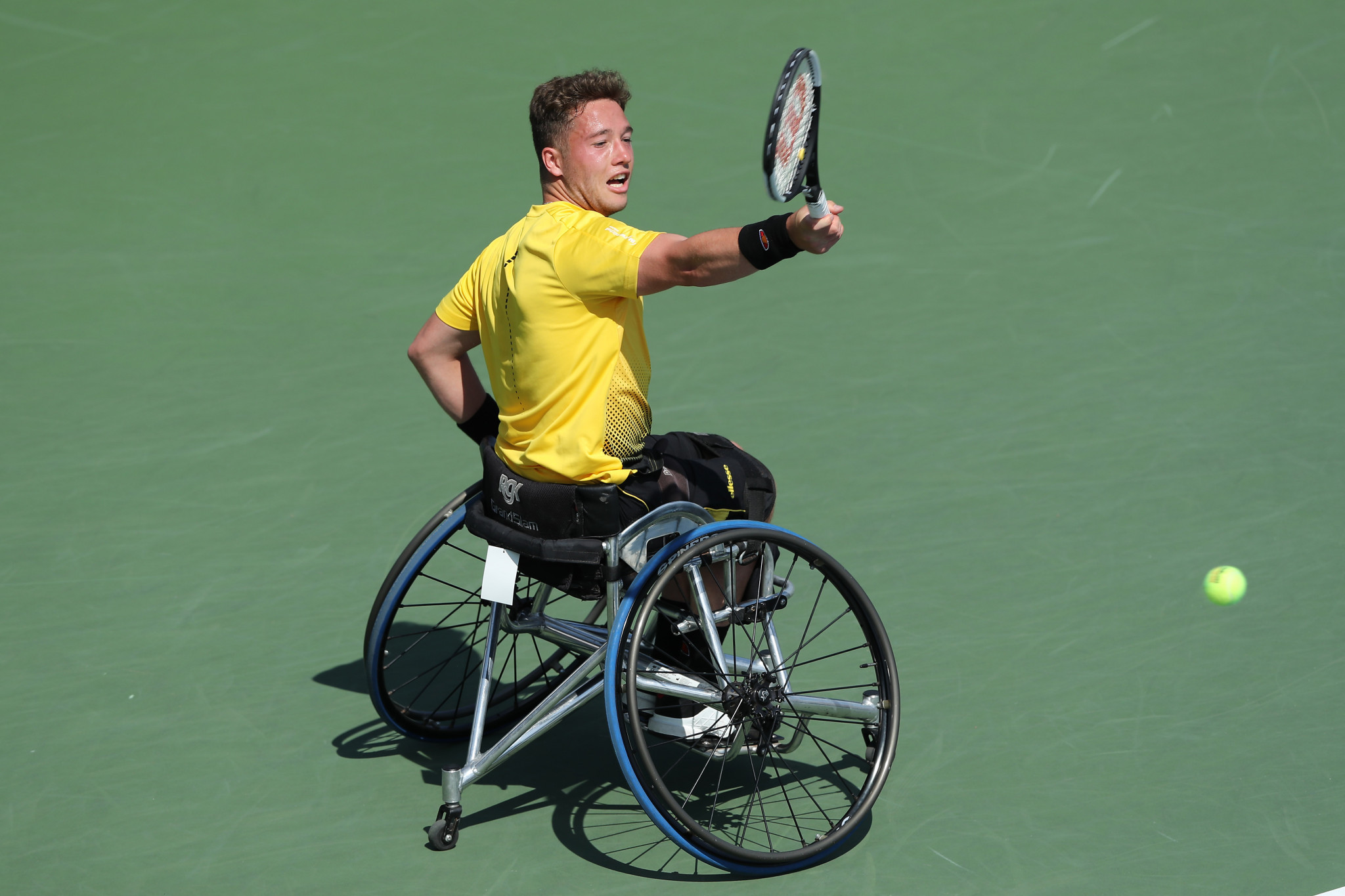 After missing last year's edition, 2017 champion Hewett stretched his unbeaten run of matches at the year-end singles championship with a 4-6, 6-4, 7-6 win over France's Stéphane Houdet at the United States Tennis Association National Campus.

Until the 2017 NEC Wheelchair Singles Masters, Hewett had never defeated Houdet, but won their crucial last round-robin match on that occasion to book his place in the semi-finals.

Today, it was their first round-robin match of the week that brought the world number six his sixth victory over the Frenchman in eight matches after the 21-year-old Briton pulled clear midway through the final set tiebreak of their Group A clash.

"It was tough in the conditions out there today," Hewett said.

"I’ve not played outdoors for a while now and we both took time to find our range, but for myself to keep digging in their and keep fighting was pleasing.

"The passion was there, the fight was there and I couldn’t be more proud, really."

The world number one had faced match points when 5-2 down in the second set, but after fighting back to take it in a tiebreak, he maintained his momentum to claim the win.

In Group B, reigning champion Joachim Gérard of Belgium came through a roller-coaster of a first match to overcome France's Nicolas Peifer 2-6, 6-0, 6-1.

There was also a 6-4, 6-3 victory for Japan's Shingo Kunieda, who like Gérard is a three-time champion, against Britain's Gordon Reid.

While three of the four men's singles matches on the opening day of play went to three sets, all four women's singles round-robin contests ended in straight-set wins.

Whiley's first NEC Wheelchair Singles Masters since 2016 began with an impressive 6-4, 6-2 victory over 2014 champion Aniek van Koot of The Netherlands in Group B.

It earned the Briton her second win in two matches this season against the reigning Wimbledon champion.

In Group A, world number one Diede de Groot and fellow Dutchwoman Marjolein Buis both eased to early wins.

The International Tennis Federation's year-end wheelchair singles and doubles championships are being held simultaneously for the first time since 2013.

The UNIQLO Wheelchair Doubles Masters are due to begin tomorrow.